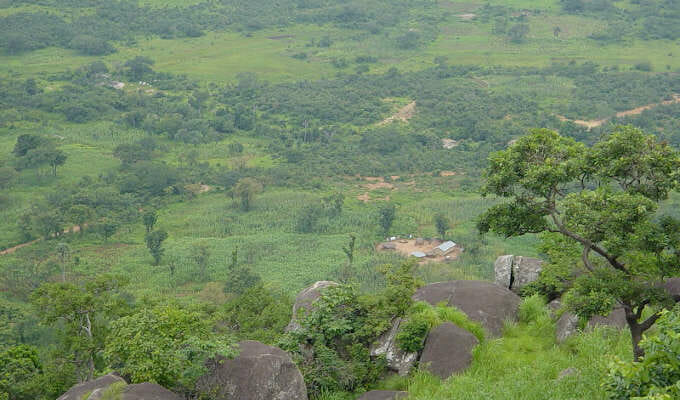 RCCG member narrates how he delivered N2.5m ransom to his in-law’s abductors in Abuja forest

A member of the Redeemed Christian Church of God (RCCG), Kehinde Ibiteye has stated that he risked his life to deliver N2.5 million ransom to kidnappers of his brother-in-law, Kayode Ajayi and his son, Olawale in a forest in Bwari area of the FCT.

This was stated by Ibiteye while thanking God for his safe return during a Sunday service at the Word of Life parish of the RCCG in Kubwa, Abuja.

He narrated his ordeal to NAN in an interview after the service.

Ibiteye said on August 23, he received a call from a family member who said gunmen numbering about 25 broke into his aunt’s house in Ungwan-Fulani, Bwari, and took away her husband and son.

Ibiteye said his aunt informed the police in the area few minutes after the abduction but that they did little to help with their rescue.

“Since I speak Hausa fluently and no other person could communicate in the language, I engaged their abductors in a telephone conversations through my aunt’s mobile phone which they called with,” he said.

He said the abductors first asked for N15 million as ransom but later lowered it to N2.5 million after negotiations.

He said after the money was raised, the abductors instructed that the money be taken to a hilly forest after a village called Kuchikwo in Bwari.

Ibiteye said his family was worried about who will take the money to the kidnappers but that he decided to take the risk.

He said he could sometimes hear how his in-law and his son being tortured while on the phone with the abductors.

He added that the abductors warned them against informing the police as “they would know and we would pay dearly for it”.

“I picked an okada randomly at about 3pm on Wednesday,” he said.

“When I spoke with the captors, they ordered me to give the phone to the bike man and they directed us to leave for the forest around 5pm.

“We travelled for about one and half hours before getting to a marketplace where we were directed to pull up.

“At this time, it was getting dark and cloudy. They did this to allow the night fall before getting to their area.

“After a while, they directed us to continue the journey.

“At about 8pm that day, we got to the hinterland of the forest, surrounded by hills and mountains.”

Ibiteye said a man, hanging an AK-47 on his shoulder, came out from their camp, flashed a light at them and ordered him to place the money on the ground.

“He asked if the money was complete and I responded in affirmation. We were then told to go back to the marketplace at the village where we had a stopover on our way going to the forest,” he said.

“They said there, my in-law would reunite with us.”

Ibiteye said it was at the market area that the abductees came out from a bush and four of them rode on the motorcycle back home.

He said immediately they got to Bwari, his in-law and his son were taken to hospital because of the wounds sustained from the torture while in captivity.

Ibiteye said based on the victims’ account, the kidnappers had various sophisticated weapons in their camp.

“They also observed that those guys were working as syndicate because they conversed with some other people either within or outside Abuja on the phone,” he said.

Ibiteye described his experience as “horrible and risky”.

He said the incident was the third kidnap case in the area and called on the federal government to intervene.