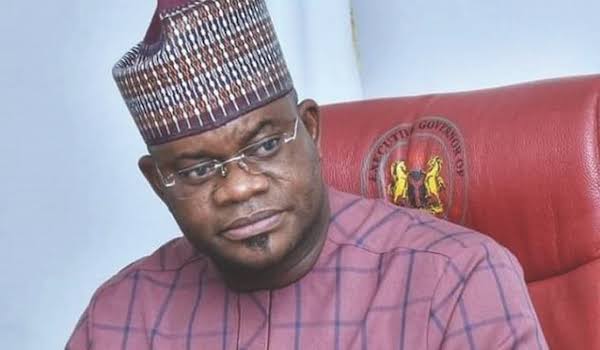 Kogi reacts to EFCC allegation on diversion of bailout funds

The Kogi state goverrnment has reacted to allegation of anti-graft agency, the Economic and Financial Crimes Commission (EFCC) that it mismanaged bailout funds.

The government said the allegation of diversion of funds similar to the mark of the beast is false.

The interim order followed an ex parte application by the anti-graft agency. The commission had said the state government allegedly fixed N666,666,666.64 bailout funds in Sterling Bank to yield interest.

Kogi commissioner of information, Kingsley Fanwo while addreasing a press conference in Abuja said the allegation is false.

“The EFCC also swore under oath before the court that her own investigations confirmed part of the funds corresponding to the Biblical Mark of the Beast in the amount of N666,666,666.64 to have been misappropriated by the Kogi state government,” Fanwo said.

“The commission even swore that as of a specified date this year, to wit, April 1st 2021, which is of course the globally notorious April Fools’ Day, the sum of N19,333,333,333.36 was allegedly standing to the credit of the account into which we had allegedly diverted and fixed monies meant for the payment of salaries to our workers.

“The EFCC alleged to the court in self-righteous indignation that she sought an ex parte order to secure the balance of the alleged funds still in the account from further dissipation pending investigation and possible prosecution of unnamed malfeasors.

“The current balance in the said Kogi State Bail Out Account and as of the date of the alleged ex-parte Order is the sum of N999,190.50.

“Accordingly, the allegation that any part of the bailout fund was not used for the purpose for which it was secured is not only patently false, it is malicious and unsupportable by any records, including bank statements relating to all material times.”

The commissioner expressed concern that EFCC which is supposed to be engaging in fighting corruption is “engaging in fraud”.

“We remain concerned that a Federal Agency of the calibre and responsibilities of the EFCC which is charged to combat financial fraud is the one engaging in fraud and misrepresentation of facts for the purpose of securing needless Orders meant to ridicule a court of competent jurisdiction while simultaneously attempting to drag the pristine white robes of the most transparent and accountable state government in Nigeria, to with, the Kogi State Government led by His Excellency, Governor Yahaya Bello in their barrel of palm oil,” he said.

“The Kogi State Government will seek appropriate redress and will resist most vehemently the instant attempt and any further attempt to bring her into disrepute.”