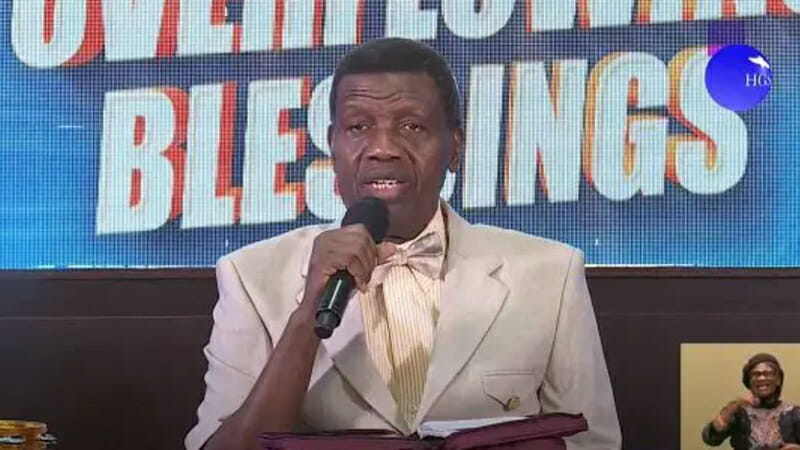 RCCG: What I did that made God stop talking to me – Pastor Adeboye

The General Overseer of the Redeemed Christian Church of God, RCCG, Pastor Enoch Adeboye, has disclosed how God once stopped talking to him during one of his teachings.

Adeboye recounted how pride made God stop talking to him shortly after he got born again.

Addressing his members at the Redemption Camp, the clergyman recounted that he made a mistake of pride and he suffered for it.

According to Adeboye: “Almost immediately after I got born again, God started speaking to me, I don’t do anything without his guidance or approval. He tells me the road to ply in Lagos so that I can bypass hold up, most of you here know how terrible Lagos traffic is. Fortunately for me, I don’t experience it because God knows a better route.

“I became full of myself and started bouncing around as interpreter to the general overseer but an incident happened one day. We had a program and we invited a guest minister to preach. He made a mistake that day, you may be surprised at my definition of a mistake. The mistake was that he asked me to interpret for himself. I was really angry in my spirit but I couldn’t object because it was too late.

“I stood up and interpreted for him but in my heart, I was murmuring, I said ‘How could you call me a whole interpreter to the general overseer to interpret for you’. Only if he knew what was in my mind, he would have called another person to interpret that very day.

3 RCCG members die, 13 others sustain injuries in auto crash along…

“At the end of the program, I was on my way home and God spoke, he said ‘Son, you are now too big to interpret to a man of God other than the general overseer”. After the conversation, God stopped speaking to me, I didn’t hear His voice again.

“I suffered, that whole period was like hell, I became a victim of the traffic in Lagos.”