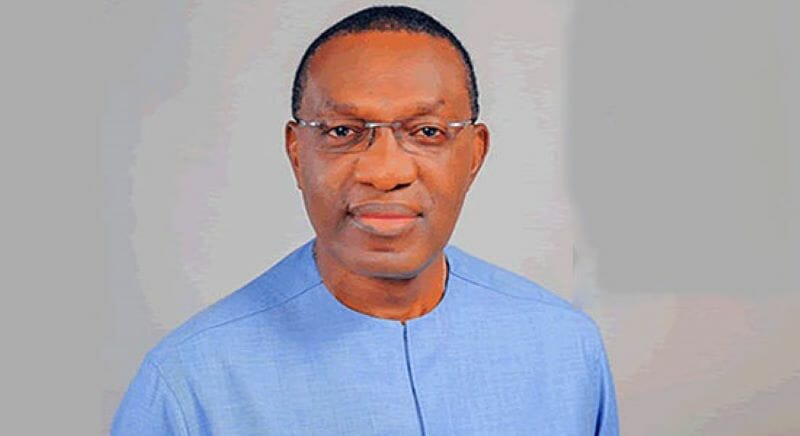 The All Progressives Congress governorship candidate in the upcoming November 6 election, Senator Andy Uba, escaped death by a whisker after an accidental discharge by a policeman missed him by a hair’s breadth.

It was gathered that the incident when Uba was addressing a rally at the Ekwulobia Township Stadium in the Aguata Local Government Area of the state on Friday.

The crowd who turned out to receive Uba were reportedly shocked as the gunshot was just about a foot off the position of the APC governorship candidate.

A stunned Uba was heard saying in confusion: “My friend what is it? What is it?”

According to PUNCH, a television cameraman who was close to the cop said he suspected the policeman was drunk.

“I guess it was an accidental discharge. There was no threat whatsoever to warrant that shot. We thank God for his protection, this could have been a disaster,” another bystander, said.

A retired Deputy Inspector General of Police who was at the occasion was said to have taken up the matter to ensure proper disciplinary measures were given the erring cop.

The Commissioner of Police in the state, Chris Owolabi, said he was awaiting an official report on the matter, PUNCH reports.

Meanwhile, Uba who continued with the rally despite the incident, told his supporters that he was in the governorship race to liberate the state from the shackles of underdevelopment.

He said, “My first assignment is Enugu-Onitsha road. It is impassable. Work will begin on this road soonest. That is the essence of our party being at the centre.”