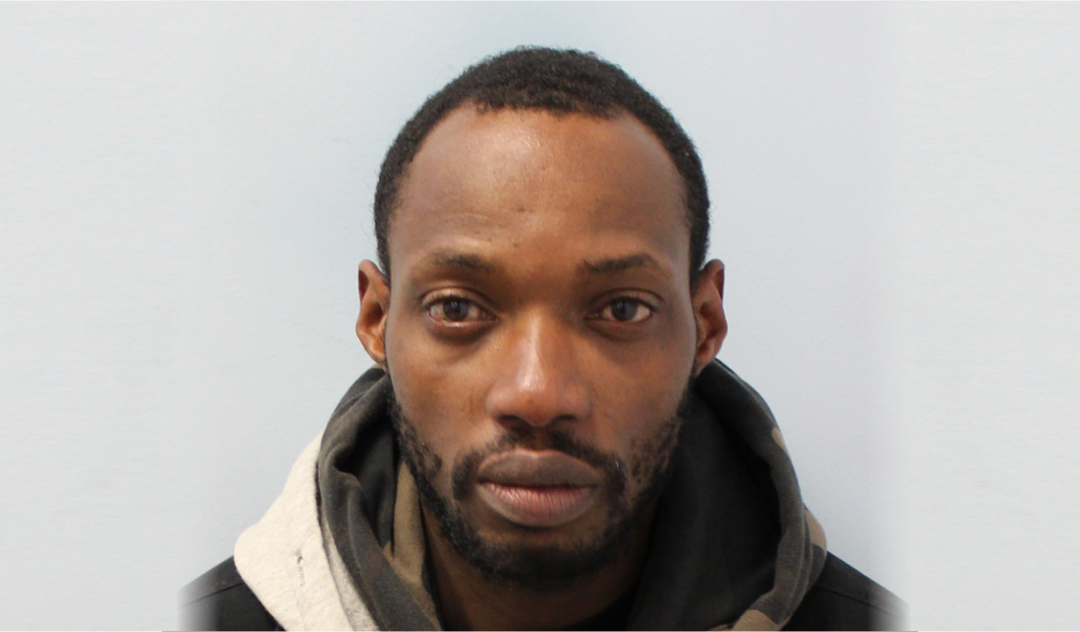 A Nigerian man, Adekunle Olaleye Fadare has been jailed for a spate of sex attacks carried out in east and central London in the United Kingdom.

The 38-year-old resident of Upton Road, Enfield appeared at Snaresbrook Crown Court on Wednesday, 11 August and was sentenced to a total of 25 months’ imprisonment after previously pleading guilty to five sexual assaults.

Fadare was also handed a five-year Sexual Harm Prevention Order and will be made to sign the Sex Offenders Register.

According to Peoples Gazette, Fadare had on 20 October 2020 arrived in Chingford shortly before 07:25hrs and over the following four and a half hours carried out the four indiscriminate sexual assaults.

Shortly after arriving in Chingford, Fadare attempted to buy food using his bank card. After the payment was declined he made off with the food without paying. This declined payment would later play a key role in helping detectives place Fadare in Chingford at the time the offences took place.

After fleeing the scene, Fadare encountered the first victim, a 23-year-old woman on Hall Lane, E4 as she walked to work.

The victim became aware of Fadare walking behind her and she attempted to quicken her pace to get away from him. Fadare touched her inappropriately from behind before grabbing her arm as he drew level with her. He then asked the woman where she was going.

The victim told him to go away and Fadare walked a few paces past her before turning around and walked back toward her.

In order to avoid him, the victim ducked into a side street. Fadare walked back in the same direction he had just come from.

From Hall Lane, Fadare made his way to Chingford Mount Road where he targeted a 15-year-old girl waiting at a bus stop on her way to school.

At approximately 07:40hrs Fadare approached her and sexually assaulted her by touching. Whilst carrying out the assault he also made lewd comments to the victim.

In a state of shock she backed away from Fadare telling him to leave her alone.

After this second assault, Fadare then made his way to the borders of Leyton and Hackney.

At around 11:40hrs on a pathway in Lea Valley Park, Fadare chanced upon a 31-year-old woman out with her child.

She was walking along a pathway in Lea Valley Park, as she continued towards a footbridge she noticed Fadare walking towards her. He did not move out of her way and once she was close enough, he again sexually assaulted her by touching her.

Following the assault, the victim she quickly towards the bridge, as she looked back she could see Fadare looking at her and smiling. He then turned and headed towards some bushes.

Approximately 20 minutes after this assault Fadare attacked a fourth victim, a 30-year-old woman also out with her child in Lea Valley Park. The victim had stopped to look at some horses in a paddock. Whilst standing near the fence she noticed from the corner of her eye, Fadare approaching her.

He walked past her child and stopped behind her. As she turned round and faced him, he then sexually assaulted her. Believing Fadare wanted to rob her, the victim got her phone out and told him to take it. This movement allowed the victim to break free from Fadare’s grip and run away with her child.

Days later, on Thursday, 5 November Fadare sexually assaulted a fifth woman as she waited for a bus Middlesex Street, in the City of London. The victim was an off duty police officer and when Fadare left he was followed by the victim who alerted police and he was detained.

Detectives from North East Operation Sapphire linked the attacks thanks to the similar descriptions provided by the victims as well as the striking similarities in the nature of the offences. Fadare struck when the women were alone so there were no other witnesses to his crimes so officers had to use CCTV to construct a timeline of Fadare’s movements.

After his arrest an identity parade was carried out where Fadare was independently positively identified by the victims.

During his interview he refused to answer any questions put to him by detectives.

Detective Sergeant Darren Case, from Operation Sapphire, said: “Fadare has shown himself to be a sexual predator who methodically targeted the most vulnerable women that he could find. In particular he targeted a schoolgirl and two women who were with their children. He attacked these women when they were alone and in some cases in secluded areas. He thought this would help him conceal his crimes but I’m pleased to say he was wrong.

“This investigation relied upon the dedication of officers to trawl hours of CCTV footage to identify and plot Fadare’s movements that day. The investigating officer, DC Tim Hudson, was tenacious in his efforts to identify Fadare and with the support of financial enquiries was able to identify him and see that he was brought before the court. The Met is steadfast in its commitment to supporting victims of sexual assault and bringing offenders like Fadare to justice.

“I would like to take the opportunity to highlight the courage and strength that the women have shown throughout the investigation. I hope this sentence helps bring some closure to them and this terrible experience they have endured.”