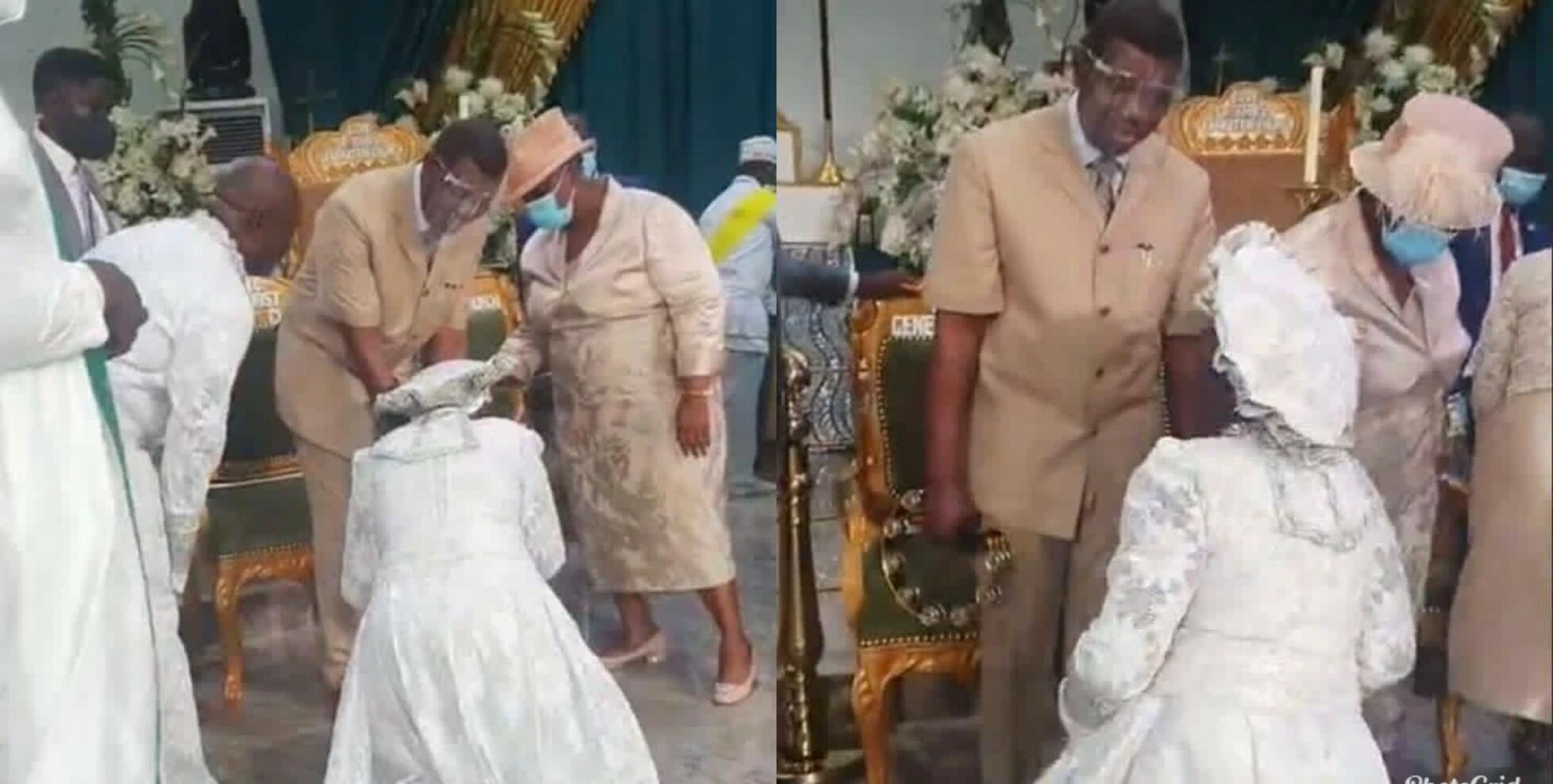 VIDEO: Pastor Adeboye addresses critics on why he attended the dedication of a Cherubim and Seraphim church

General Overseer Of The Redeemed Christian Church Of God, Pastor E.A. Adeboye has revealed the main reason why he accepted the invitation of the Cherubim and Seraphim church that was dedicated today.

Today was the dedication of Love of Christ Generation C&S church in Lagos state, the church is founded by Prophetess Esther Ajayi and a lot of people came out to support and worship God at the church.

Among those who were present at the church dedication were Pastor E.A. Adeboye, Pastor Mrs Folu Adeboye, the Ooni of Ife, the former President of Nigeria President Olusegun Obasanjo and many other people.

According to him, God doesn’t discriminate and he won’t want his children to discriminate at anybody, he said he is a son of nobody, that his father was a farmer but God didn’t use that to judge him rather he picked him up and made him somebody today.