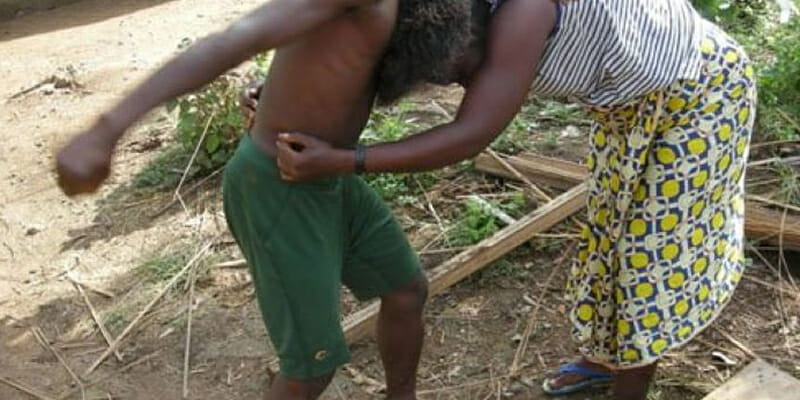 A middle-aged man, Eke Ofia, has been handed over to the police for allegedly beating his pregnant wife to death in Ogwuagor in the Abakpa Nike, Enugu East Local Government Area of Enugu State.

It was gathered that the tragic incident happened on Wednesday when the father of four reportedly returned home drunk and attacked his wife for not giving him food.

The eight months’ pregnant wife was rushed to a hospital by neighbours after she slumped. She was confirmed dead by doctors in the early hours of Thursday.

The deceased, popularly called Mama Goodluck, lived with her husband on Uburu-ekwe Street, Ogwuagor Abakpa, for over 10 years. The couple reportedly had constant disagreement over food during the period.

According to PUNCH, a resident, Mr Chibuike Ozo, said, “The man came back last night (Wednesday) and asked the wife for food. The woman told him she needed to feed their children first because he did not drop money for food. The woman had to even source for garri from neighbours so she could feed her children.

“The response by the woman got the husband, who came home drunk, angry and he pounced on her mercilessly. Before we could come to her rescue, she had collapsed. We rushed her to a hospital where she was confirmed dead in the early hours of Thursday.”

Ozo noted that the suspect was later arrested by men of the Ugwuagor Vigilance Group.

The chief security officer of the area, Ikechukwu Ukwuani, stated that Ofia had been handed over to the police.

He said, “The story is true. I just came back from the Abakpa Police Station, where we handed him over to the police.”