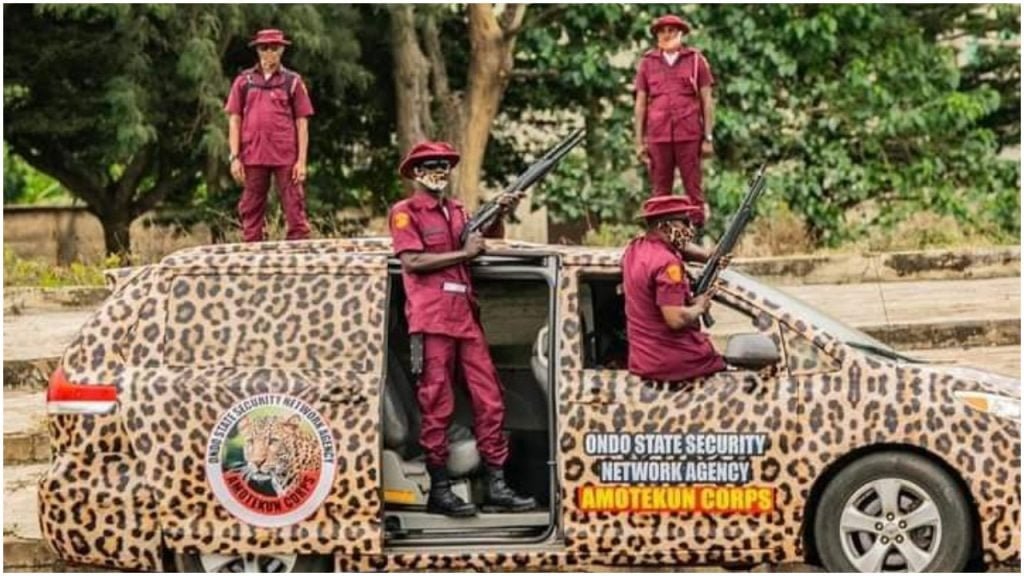 Operatives of the Ondo State security outfit known as Amotekun Corps in a bid to stem the tide of cultism in Owo, headquarters of Owo Local Government Area of the state, have begun to hunt for killer cultists in the town.

The operation, which also had the State Police involved, was prompted by the recent cult-related killings in the community.

WITHIN NIGERIA gathered that youth in the community was during the week killed at Iloro quarters of the town which sparked protest among the youths.

The deceased was said to have been shot at a bar after he was mistaken for a target by another rival cult gang.

Following the development, Amotekun operatives and policemen were quickly mobilised to avert a possible breakdown of law and order in town.

According to the Commander of the Amotekun Corps in the State, Chief Adetunji Adeleye, the hunt for the killers had commenced in full force to curb the activities of cultists.

“We have met with the Kabiyesi and his traditional Chiefs to ensure we get to the root of this problem,” he said.

Also, the Ondo Police Commissioner, Bolaji Salami, who confirmed the killing, assured that the perpetrators would soon be brought to book.