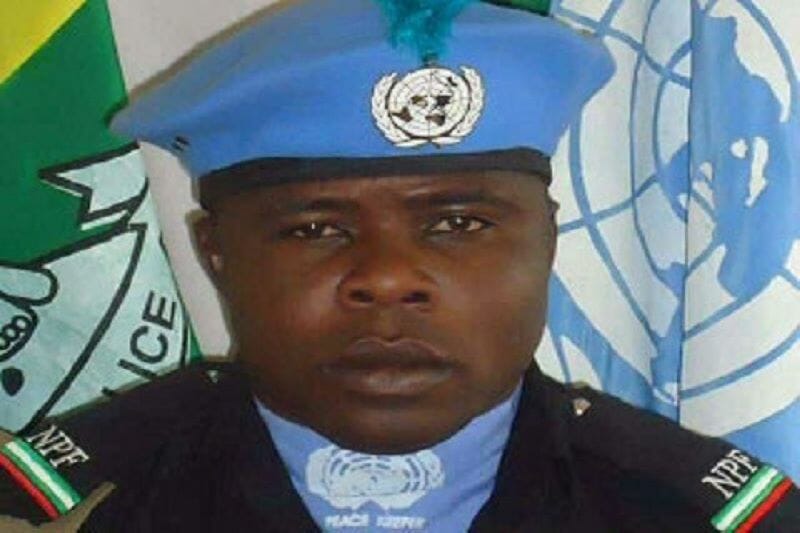 An Army sergeant, John Ocheme, is currently being investigated for allegedly shooting and killing a police inspector Inah Ubi last Wednesday in the Sangotedo area of Ajah, Lagos State.

It was gathered that late Ubi, who was attached to the National Inland Waterways Authority (NIWA), CMS Jetty, Lagos Island was allegedly shot dead by Ocheme near the premises of a dredging firm, Batare Nigeria Ltd in the Sangotedo area of Ajah, Lagos State.

According to The Nation, a source, who spoke on condition of anonymity said; “We left here on a flying boat at about 9am. We got to the Sangotedo area of Okun Ajah and got off the boat. There were many dredging companies there.”

The eyewitness claimed that as the NIWA team drew close to shore, they were sighted by persons suspected to be carrying out illegal dredging operations. The suspects fled, leaving behind some of their equipment. Inah gave them a chase and apprehended one of them, where he was protected by the soldiers.

According to the witness, both policemen on the NIWA team were armed and in uniform, while the soldiers, though armed, sported only army vests.

The source said one of the soldiers accosted the NIWA team, who identified themselves. While they were explaining their mission to him, they heard several gunshots from the direction Ubi went and found him on the ground near the other soldier.

Spokesman of 81 Division of the Nigerian Army covering Lagos and Ogun, Major Olaniyi Osoba, did not confirm the incident but assured that the Army would not sweep any such matter under the carpet.

The Nigerian Army Corps of Military Police has since commenced an investigation and met with the head of NIWA’s CMS Jetty last Friday, in the company of the Army’s lawyer.

It was gathered that Ocheme is in Army custody.