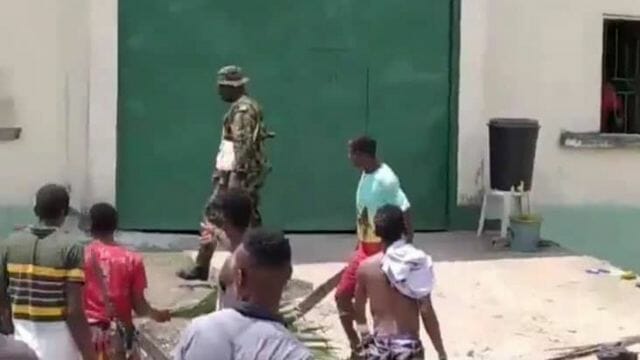 Kogi commissioner for information, Kingsley Fanwo has stated that some inmates who escaped during a recent jailbreak in the state were apprehended by Fulani herders.

Speaking with journalists on Friday, Fanwo said Fulani herders have been incorporated into the state’s security system, adding that despite the issues revolving around farmer-herder clashes and banditry, the state government is against tagging any ethnic group as criminal.

“It shows that those carrying out these activities are criminals. It doesn’t have to be that you say this particular group is criminal and, therefore, they must leave your place. We are not going to do that as a state, and we have incorporated them into the security system,” he said.

“It will surprise you that some of the escaped inmates from that prison were arrested by Fulani herdsmen in the bush. They called our security agents to tell them that ‘we’re at so-so place and we have gotten about 12 people’. That is the synergy we have formed, and that is why we are not having the tension that you have in other states.”

Fanwo also said Kogi governor, Yahaya Bello has put in place security measures to ensure the safety of the people, but some politicians were trying to thwart such plans.

“We know that we need to reset and rejig the security architecture in Kogi state. Security is a very dynamic thing. You need to keep updating your approach to security regularly,” he said.

“What we were battling with before were criminals — armed robbers, kidnappers, insurgents and all of that. But today, I think we are also trying to confront political saboteurs who are out and desperate to rubbish the security gains that we have recorded in Kogi state.”

He said before the administration of Bello, the state was known as the headquarters of kidnappers and armed robbers, adding that the present administration has changed that narrative.

The commissioner also said 240 patrol vehicles, as well as security gadgets, have been procured and distributed to security agencies in Kogi, making the state safer in recent times.

He added that over 100 inmates have been rearrested, and called on the federal government to strengthen security agencies in the state, with a view to avoiding similar occurrence in future.