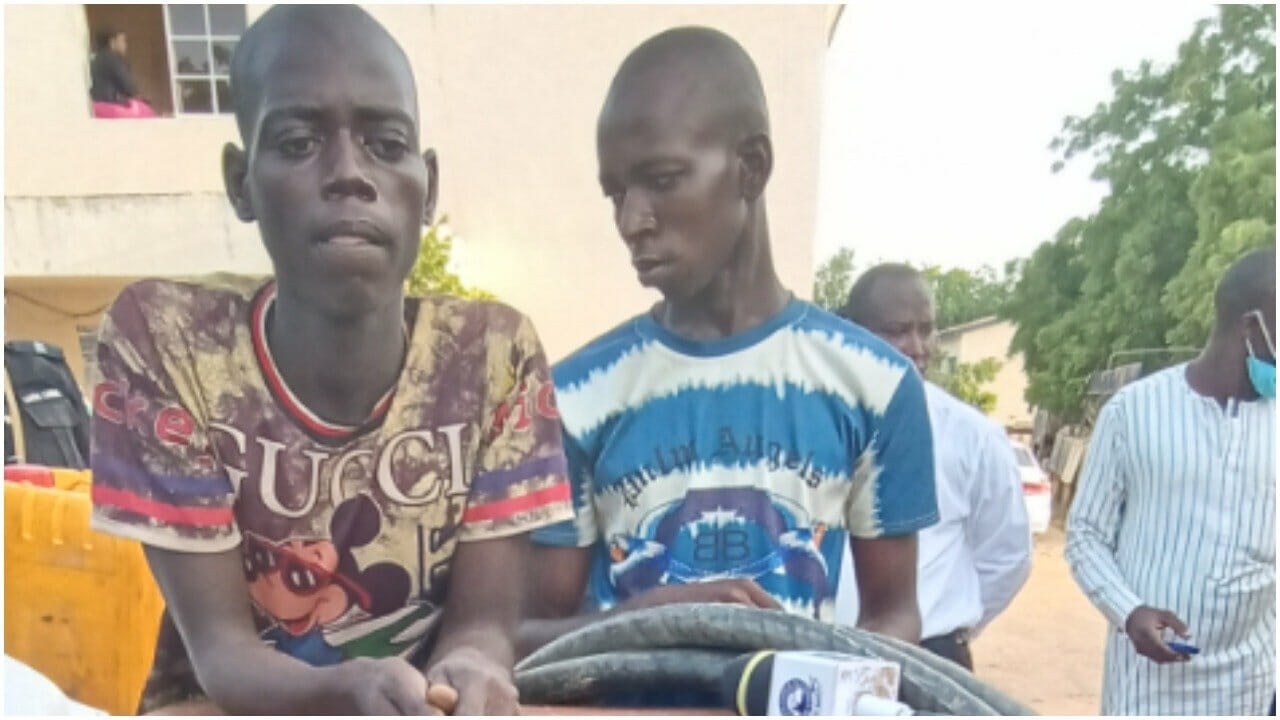 Two suspects identified as Sama’ila Abubakar 18, and Mubarak Salisu 21, have been arrested by the men of the Nigerian Police Force, Katsina Command, for electricity transformer theft and for vandalising armoured cable in the State.

The accused both of Higi village in Bindawa Local Government Area of Katsina State were arrested with the stolen armoured cable by a team of policemen based on a tip-off from suspecting members of the public.

The suspects, while being paraded before newsmen at the state police headquarters on Monday, confessed to have stolen the transformer and the armoured cable from Karkawu village, another village under Bindawa LGA of the State.

The culprits were on the verge of conveying the stolen items to Abuja for sale when they were arrested by the police, Superintendent of Police Isah Gambo said.

The police spokesman said that in the course of the preliminary investigations, the suspects revealed that the cable was being sold at the rate of N3, 000 per kilo in Abuja.

According to SP. Gambo, this would mark the fourth time in one month that suspects would be paraded at the police command for vandalising electricity transformer.

SP. Gambo advised parents to look after their wards and ensure that they are engaged in meaningful ventures in order not to jeopardise their future.

“On the 19/9/202, the command succeeded in arresting the duo of one Sama’ila Abubakar, male, 18 years and Mubarak Salisu, male, 21 years, all of Higi village, Bindawa LGA.

“Nemesis caught up with the duo when they vandalized and stole away armoured cable from a transformer valued at about Two Hundred and Fifty Thousand Naira (250,000.00).

“In the course of the investigation, suspects confessed to have committed the offence. Investigation ongoing,” SP. Gambo said.

“The suspects are being detained at the police command, awaiting the conclusion of investigation in order to be arraigned in court,” SP Gambo said.