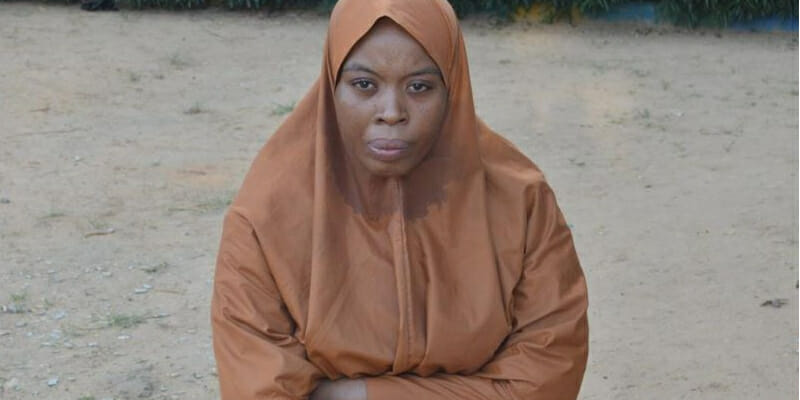 A notorious fraudster, Fati Umar Dikko has been arrested by the police for duping unsuspecting Kano traders with fake bank SMS alerts after collecting their goods.

Spokesperson of the State Police Command, DSP Abdullahi Haruna Kiyawa, who disclosed this in a statement on Tuesday, September 21, said the suspect was arrested after following complaints by victims.

The PPRO said the suspect in all the three occasions made fake credit alerts and left with the items.

“On receipt of the complaints, the Commissioner of Police, Kano State Command, CP Sama’ila Shu’aibu Dikko, fsi raised and instructed a team of detectives led by SP Daniel Itse Amah to trace and arrest the culprit

On preliminary investigation, the suspect confessed that, she specialized in showing fake alerts to her victims and confessed to the crime.

“After the arrest of the suspect, four more complainants surfaces; (i) Rita Rawland, (ii) Hauwa Sani, (iii) Ramatu Isah, (iv) Hadiza Abdullahi, all of different addresses and stated that, the suspect made purchases in their shops respectively as follows;

The State Commissioner of Police, CP Sama’ila Shu’aibu Dikko, has ordered for discreet investigation. The suspect will be charged to court upon completion of investigation.