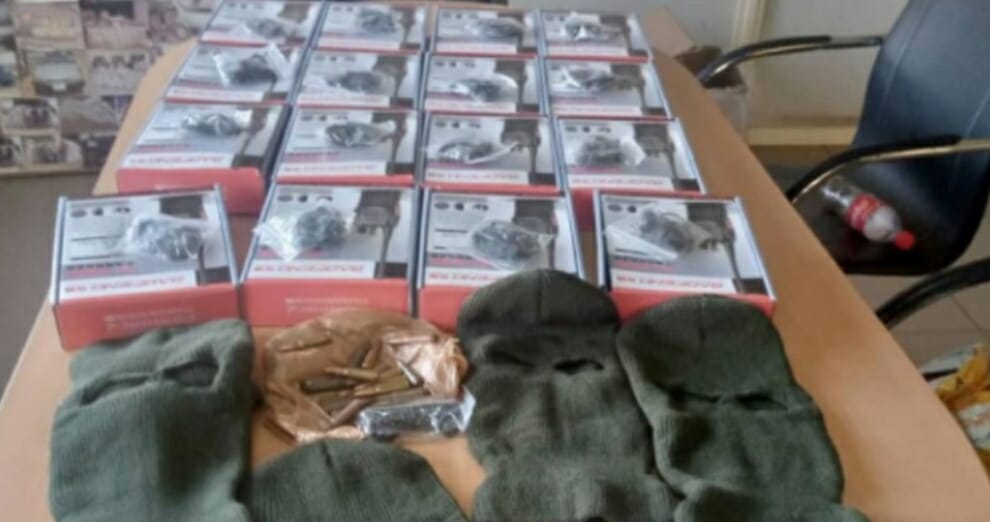 Fake soldier with ammunition, communication gadgets for bandits arrested by NDLEA in Kaduna

The National Drug Law Enforcement Agency (NDLEA) has apprehended an alleged fake soldier identified as Hayatu Galadima and his accomplice, Hamisu Adamu for supplying ammunition and communication gadgets to bandits.

WITHIN NIGERIA learnt that the duo were reportedly in possession of hard drugs, ammunition and communication equipment suspected to be for bandits in Kaduna state.

In a statement released by director of media and advocacy of NDLEA, Femi Babafemi, the agency disclosed that the suspects were arrested around Gwagwalada, Abuja, on Thursday.

Babafemi said the items recovered from them include ammunition concealed in a water bottle, 16 packs of two-way radio, and a wallet containing an army identity card.

“One of the suspects, Galadima, claimed to be an army lance corporal serving in Ibadan and that they were taking the exhibits to Kaduna and Kano,” he said.

Babafemi said a preliminary investigation indicated that the suspects may have contact with bandits in the north-west.

He said the suspects were possibly moving the ammunition and the two-way radios to bandits affected by the suspension of telecommunications services in Zamfara, Sokoto and Kaduna states.

He said Buba Marwa, NDLEA chairman, had directed the FCT command to transfer the suspects to relevant authorities for further investigation.

He said the authorities include the Nigerian army and another intelligence agency that had earlier placed the two men on their watch list.