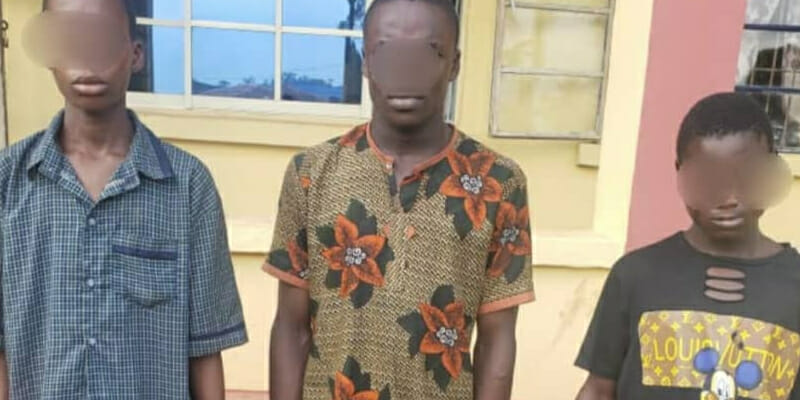 Operatives of the Ogun State Police Command have arrested three teenagers for allegedly killing a motorcyclist Bashiru Umaru before snatching his motorcycle.

The suspects, who were identified as Sodiq Awokoya m’ 18yrs, Odunayo Samson m’ 18 yrs and Jimoh Rilwan were arrested on the 8th of October at tollgate area of Ogere where they had gone to sell the deceased motorcycle.

Spokesperson of the state Police Command, DSP Abimbola Oyeyemi, who disclosed this in a statement said the buyer, who demanded for the documents of the motorcycle before he can buy it, became suspicious when the suspects were giving conflicting accounts of how they came about the motorcycle.

The buyer immediately informed the police in Ogere Divisional Headquarters, consequent upon which the DPO Ogere Division CSP Abiodun Ayinde led his men to the scene and got the three suspects arrested. 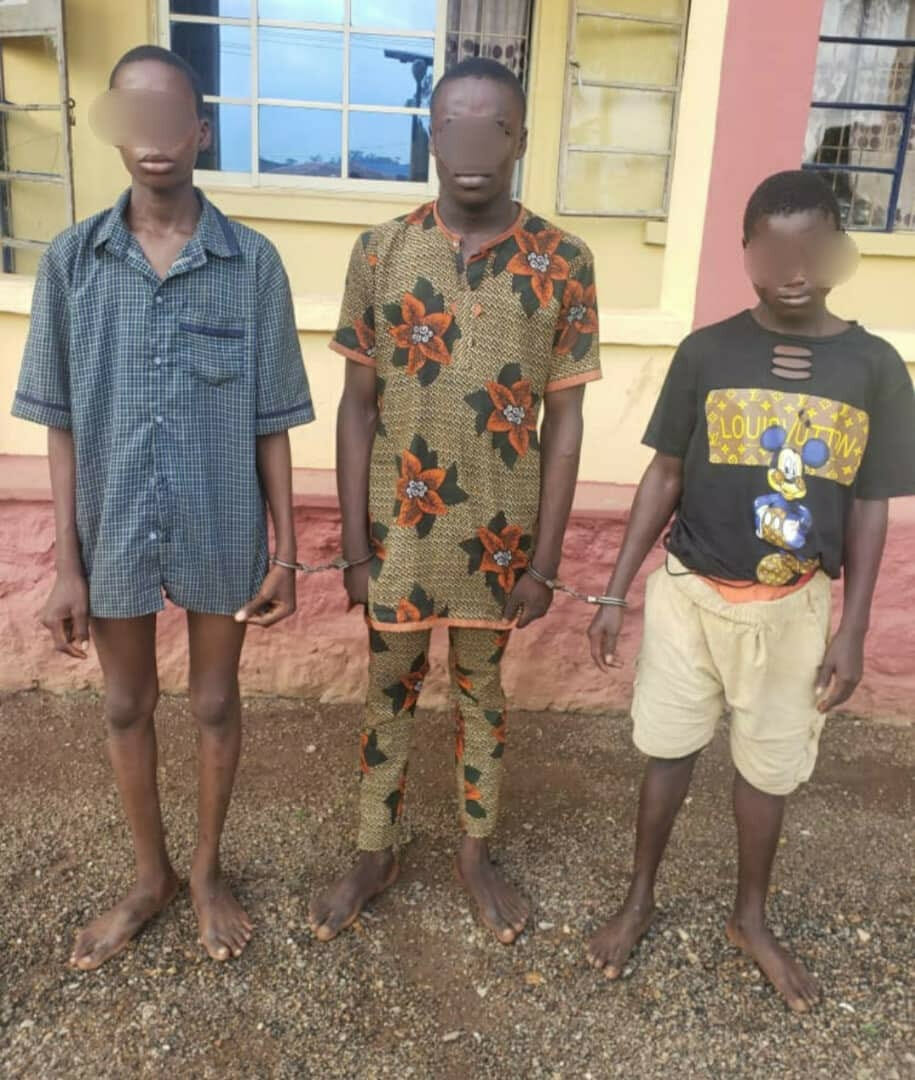 “On interrogation, they informed the police that the motorcycle was stolen from Iperu Remo, and they were subsequently handed over to police in Iperu division.

“Upon the information, the policemen intensified their investigation into the case, and the suspects later confirmed that they actually snatched the motorcycle, and that the owner is being tied to a tree in a bush. In order to rescue the victim, the policemen quickly led the suspects to the bush, but surprisingly, they have hacked him to death before taking away the motorcycle.

“Further investigation revealed that Samson Odunayo was the person, who called the deceased to take him to somewhere in Iperu, unknown to the okada man that he had already informed Sodiq Awokoya to wait in a bush along Ona Eri area of Iperu with cutlass and other dangerous weapons. On getting to the point, Samson Odunayo ordered the deceased to stop because he has gotten to his destination. While the deceased was waiting to collect his money, Sodiq Awokoya came out with a cutlass and hacked him down. While wriggling in pain, Samson Awokoya moved near him and squeezed his neck until he gave up the ghost. They searched his pocket and found the sum of #5,500 which they also took away.

“Further investigation revealed that this is the second robbery operations carried out by the suspects. Their first victim was safe from been killed by the Intervention of Jimoh Rilwan who appealed to the other two to spare the life of the victim having robbed him of cash sum of #4,500, and that was the reason why Samson and Sodiq didn’t carried him along during their second operation,” the statement read.

Abimbola added that the motorcycle and the cutlass they used for killing the deceased have been recovered. He noted that the state commissioner of police CP Lanre Bankole has ordered the immediate transfer of the suspects to the state criminal investigation and intelligence department for discreet investigation, with the view of charging them to court as soon as investigation is concluded.