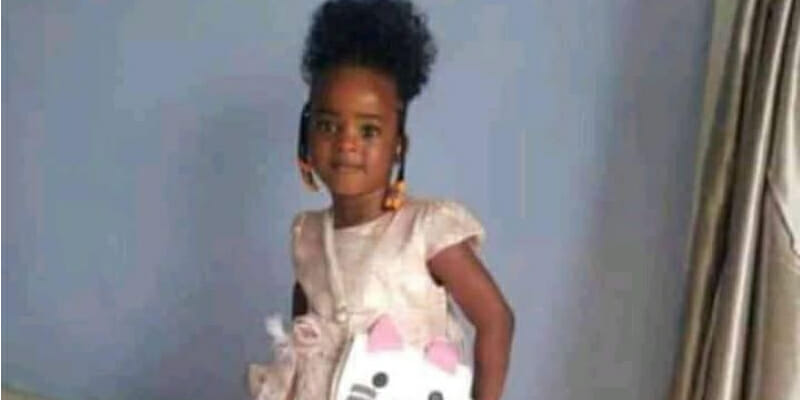 Soldier has beaten to death by angry mob for allegedly killing 3-year-old girl in Molyko, a neighbourhood in Buea, South West Region of Cameroon because her mother refused to pay bribe

It was gathered that the pupil identified as Minex Kimora was shot and killed in a vehicle by the soldier on Thursday morning, October 14, as she was heading to school.

The gendarme officer was said to have opened fire on the vehicle around a check point and the bullet penetrated the back, killing the child. 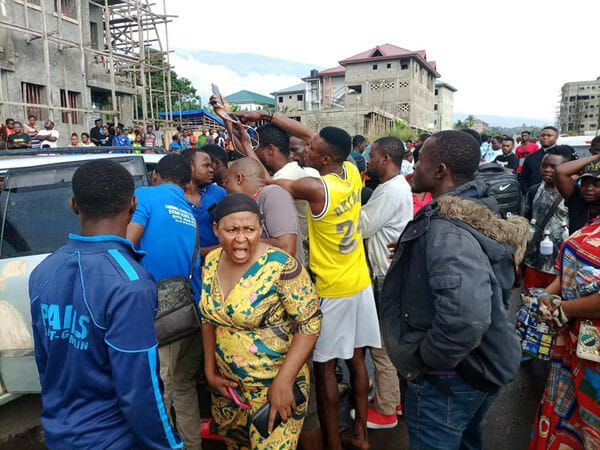 According to eyewitnesses, the child was being accompanied to school in a vehicle by her mother when the gendarme stopped them around the check point in Molyko.

As the mother attempted to park the vehicle off the road, the gendarme was said to have immediately opened fire from the back which burst through the back screen of the vehicle before hitting the girl.

It is said that the officer had demanded for 500F bribe from the mother of the girl but she refused to give him the money. 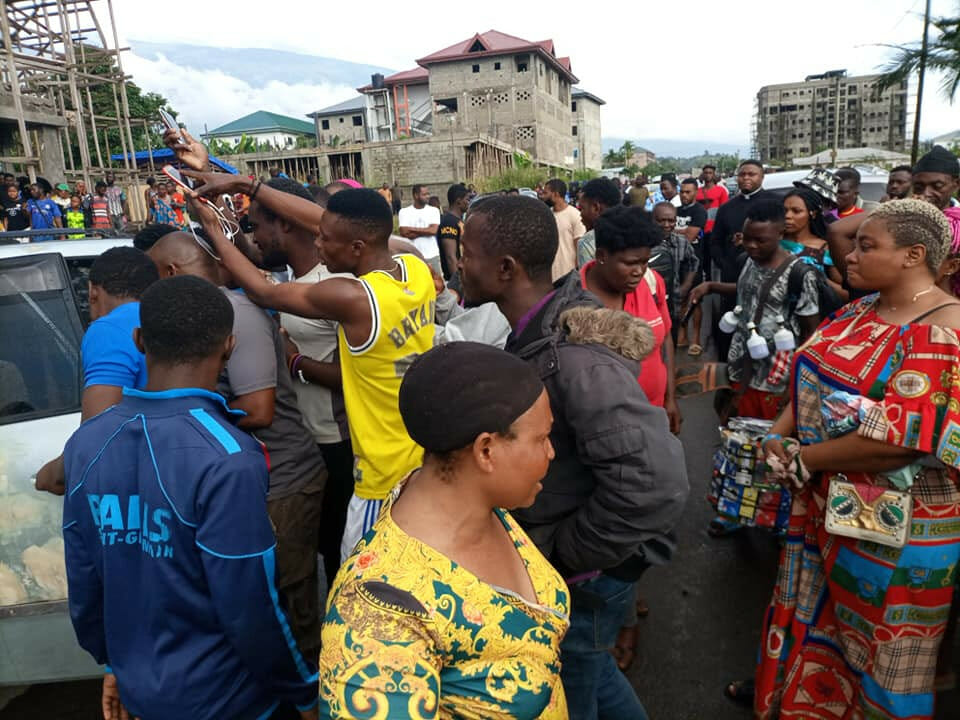 The killing provoked the irate population to descend on the scene and brutalise before lynching the gendarme officer.

The protesters then marched on the streets of Molyko with the body of the child as they headed to the Governor’s office.

The incident has grounded activities in Buea as security forces have since stepped in, firing shots in the sir to disperse crowds. 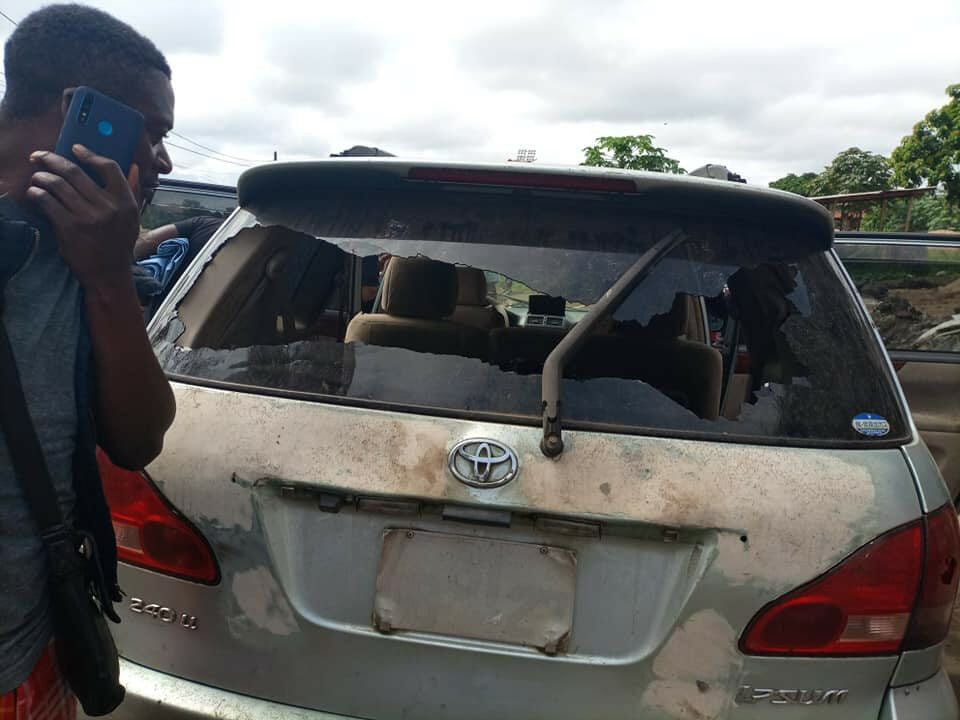 However, the shots have been consistent which have forced several school children in Molyko to flee away from school for their safety. 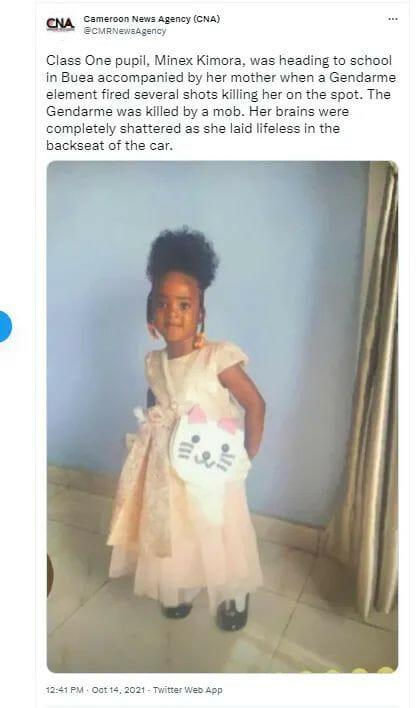