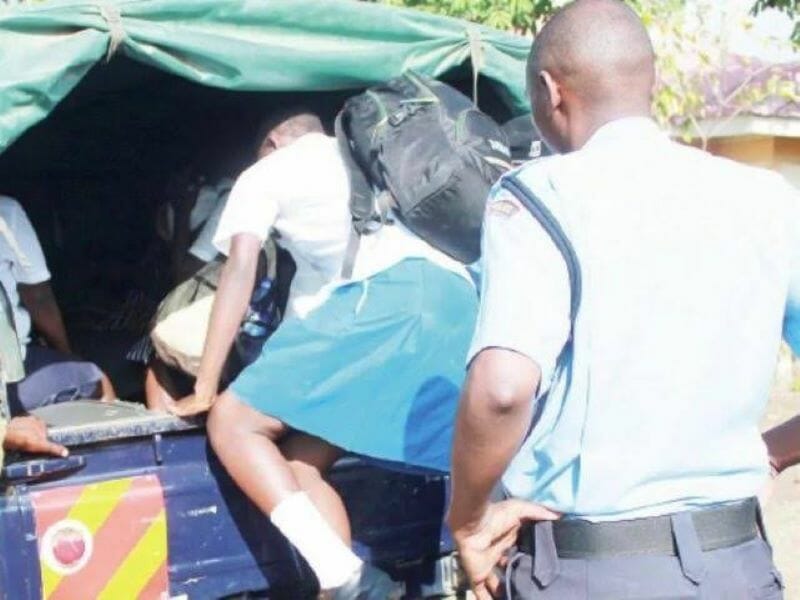 A 17-year-old student of Gathiruini Boys secondary School in Kiambu county of Kenya has been beaten to death after he sneaked into a dormitory of female students in a nearby school at night.

The form four student and five others, allegedly sneaked out of their school and crept into a girls dormitory at Komothai girls secondary school, at around 4am on Thursday October 21.

Upon getting to the girls’ dormitory, Phoeb House, for an unknown mission, they were spotted by some girls who immediately raised alarm which attracted the whole school. The school’s guards, teachers and students all rushed towards the dormitory to find out what was happening.

Kenya’s Directorate of Criminal Investigations said four boys managed to escape while the deceased was cornered by the girls and the school staff.

“On sensing danger, five of the boys managed to trace their way back to their school while the deceased was cornered by the angry students and staff. Sadly, they descended on him causing him life threatening injuries. The boy later succumbed to his injuries at Kigumo level IV hospital,” the statement read.

Detectives who visited the scene after the incident, recovered planks of wood suspected to have been used to assault the suspect.

The police have cautioned members of the public from taking the law into their own hands. They advise that the public should accord suspects the opportunity to face justice in a court of law.