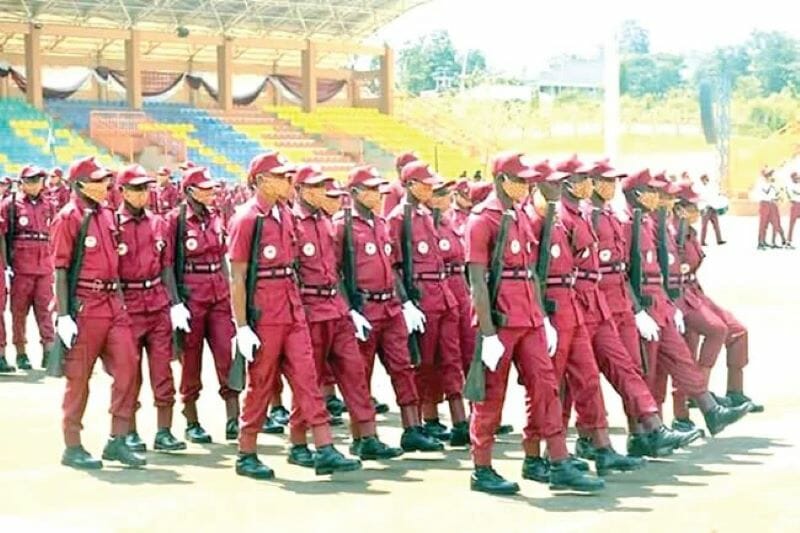 WITHIN NIGERIA gathered that the suspected ritualists were arrested on Tuesday after the corps were alerted.

The incident was confirmed to newsmen by the Field Commander of Amotekun in Ogun State, David Akinremi.

The field commander said the suspects were sighted carrying a casket into a house in Fara area of Ijebu Igbo, Ogun State.

“At about 8 pm of yesterday (Monday), Amotekun operatives in Ijebu Igbo received information that some persons were sighted bringing in a casket into a house in Fara area of the town.

The operatives quickly mobilised to the scene and on arrival, they discovered that the building is the residence of one Dare Banjo, who is a herbalist.

A casket was seen at a corner of a room in the house and the stench from the casket triggered suspicion.

The herbalist, Dare Banjo, was then asked to open the casket. Behold, inside the casket was a dismembered corpse, without a head, of a suspected male victim of ritual killing by the herbalist and his cohorts.

The Amotekun chief said the suspects are currently in police custody as the investigation continues.