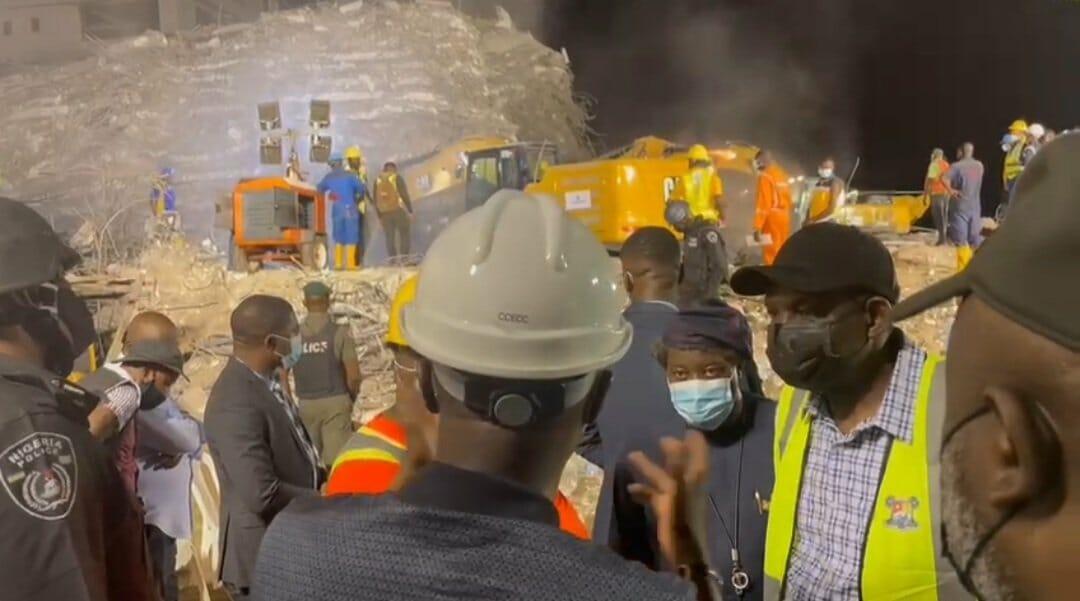 In the early hours of Wednesday, Lagos Governor Babajide Sanwo-Olu was monitoring the ongoing search and rescue (SAR) at the Ikoyi building collapse scene.

Hakeem Odumosu, the Commissioner of Police, and other state authorities were among those accompanying him.

The governor praised all responders for their work thus far and offered ideas for what may be done as the operation enters its third day.

New media aide, Jubril Gawat said his principal and Odumosu left the scene at about1:55 a.m.

The 21-storey building under construction at No. 20 Gerrard Road, subsided at about 2:45 p.m. on Monday.

The government announced that a panel of experts to investigate the tragedy would be constituted soon.