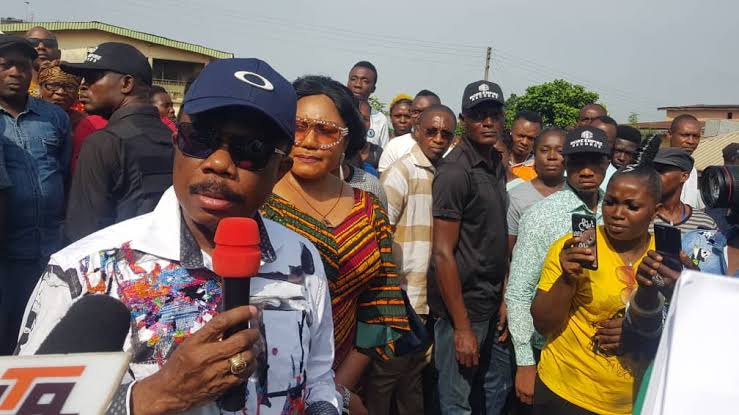 Obiano’s wife, Ebelechukwu also cast her vote alongside the governor in Polling Unit 004 at about 9.38 a.m.

The governor urged the Anambra people to troop out in their numbers and vote for the only candidate capable of sustaining his good work.

He told the people to massively vote for the candidate of the All Progressives Grand Alliance (APGA), Prof. Charles Soludo.

Obiano commended the security arrangement in the area and appealed for calm.

Similarly, the flag-bearer of the Peoples Democratic Party (PDP) in the Anambra 2021 election, Dr Valentine Ozigbo has cast his vote at Amesi, Aguata.

He lauded the massive turnout of voters but decried the delay in voting process. He said: “I’m impressed. If not for the delay, everything has been perfect. The network failed and we had to improvise.

“I’m still monitoring the situation of things elsewhere. I urge people to come out and vote. Get up from your bed. Let’s go out and do our civic duty.”
He advised INEC to consider extending the time considering the delays.