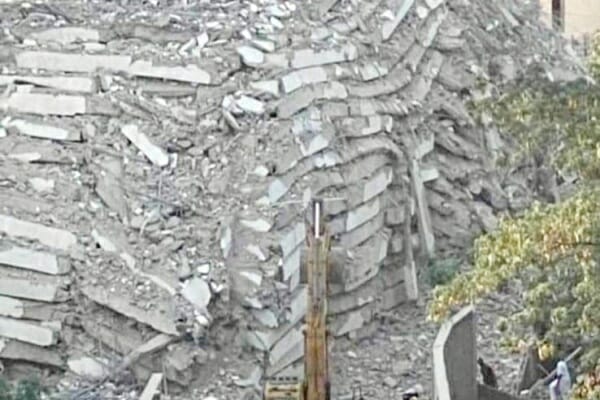 The name of the contractor who was in charge of the Ikoyi building before its collapse on Saturday has been revealed by a footage that surfaced online.

The footage showed four persons trapped, dead. One male was dressed in a white shirt, black trousers; the other was wearing a blue site overall.

The recorder moves away to another spot where two others were trapped as responders and civilians collaborated to remove rubbles. 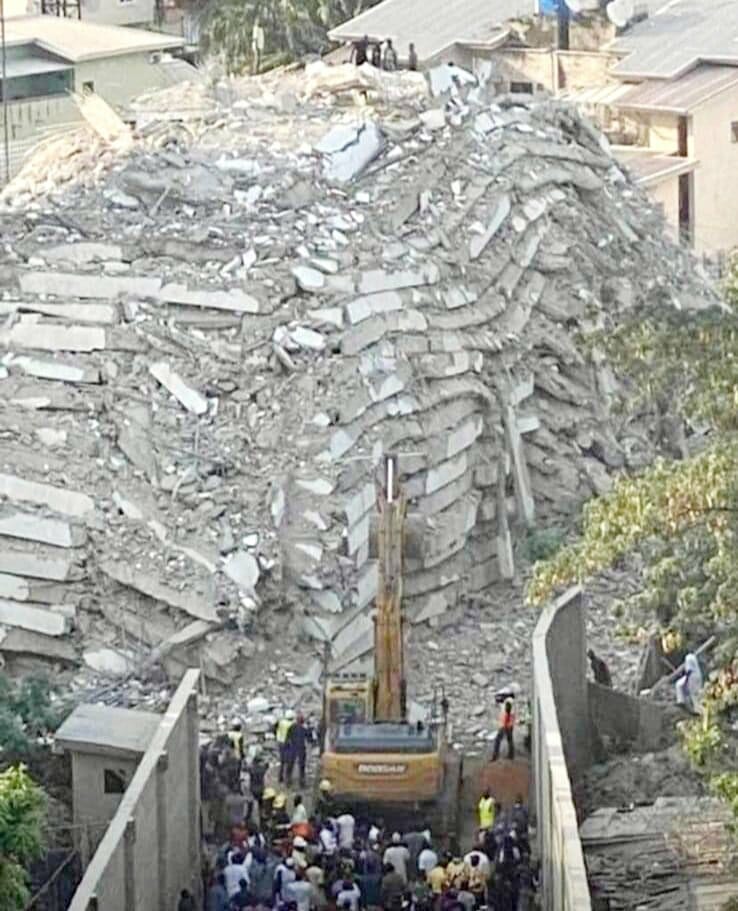 One of the emergency officers is heard in the background trying to stop the recording. “I go scatter that camera.”

The phone owner tells him to focus on his job. “Calm down, concentrate your energy on what you’re supposed to do and stop quarrelling with people. Nobody is happy.”

The citizen then focuses on two deceased workers wearing orange apron with Skylum Nigeria Limited imprinted on the back.

“More than 50 people are trapped, over 50”, multiple voices repeated as they stood on what is left of Gerrard Terraces.

The apartments were also to be known as 360 degrees. The name depicts its setting which allows the occupants to have a 360 view of the affluent Ikoyi. 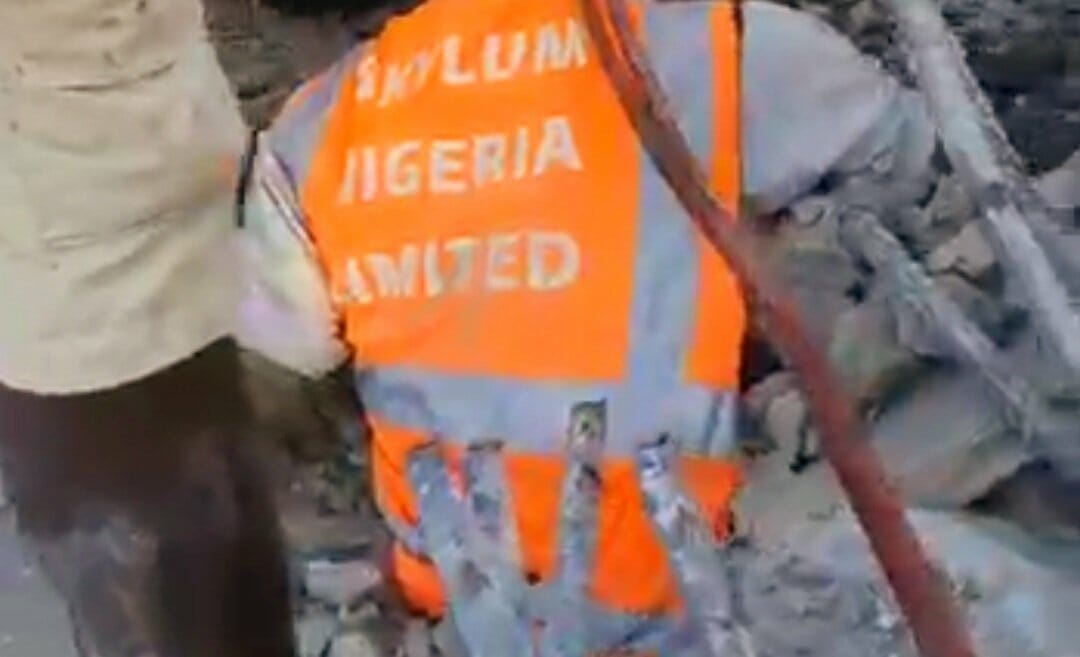 Scheduled for completion in 2022. Each unit was priced at between $1.2million and $5million and was 65 per cent sold.

The developer, Olufemi Adegoke Osibona, Managing Director of Fourscore Heights Limited (FHL), is among the causalities.

The structural engineers are Beyond Designs; the architects are Voltron Design Studio. M&E Consultants are in charge of the construction.

In February 20, 2020, the former consultants, Prowess Engineering Limited, withdrew their services, explaining they no longer share the same vision with Osibona. 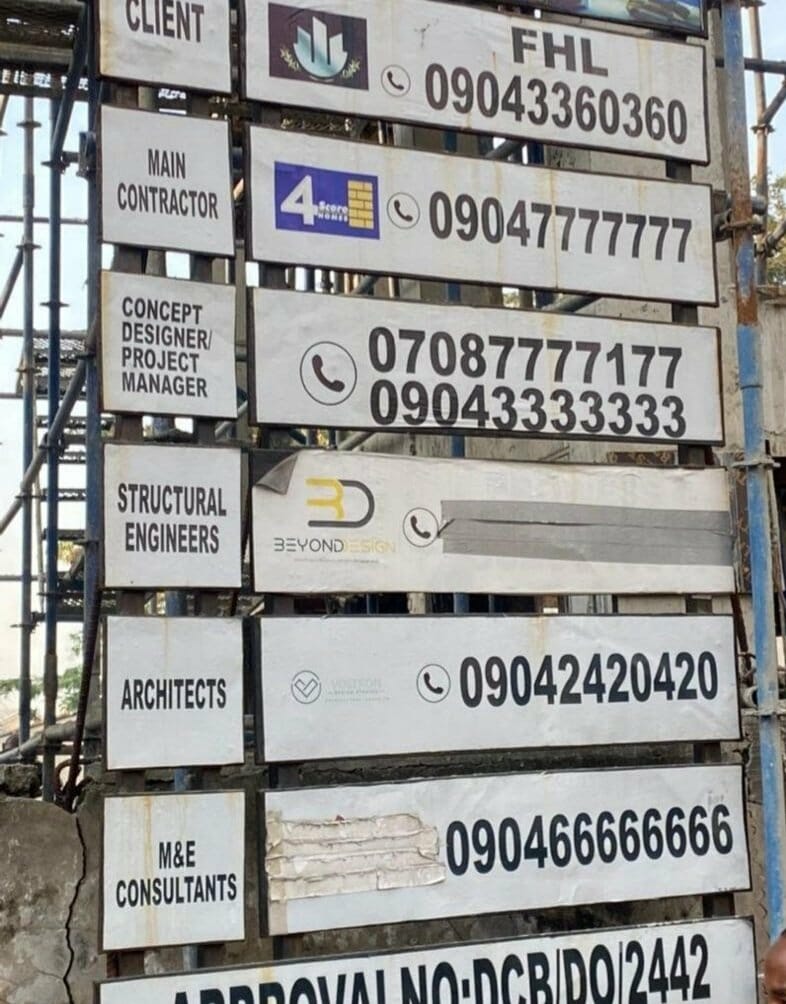 Osibona and state officials allegedly connived to get approval for the extension of floors to 15 from 21.

Curiously, Oki had announced that the “owner” had been arrested, a statement he is expected to explain to investigators.

“The materials he used for the reinforcement are so terrible. He got approval for 15 floors but built 21. He has been arrested”, he told News Agency of Nigeria (NAN). 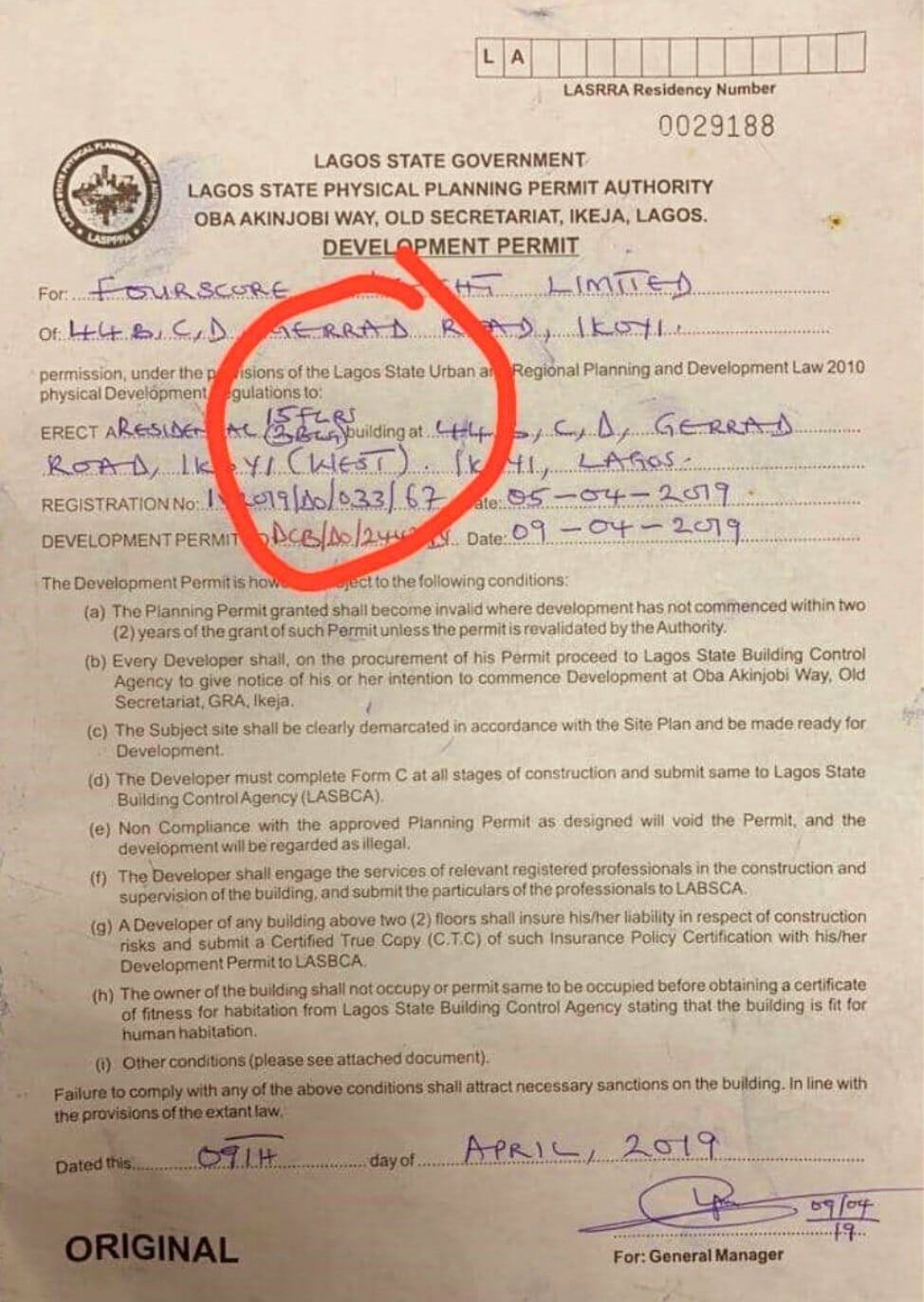 Sanwo-Olu has inaugurated an investigation tribunal. He signed an instrument empowering the panel to invite anyone or company. The panel has four weeks to submit its report.

The Council for Regulation of Engineering in Nigeria (COREN) and Nigerian Society of Engineers (NSE) are yet to react. Today is Day 6.