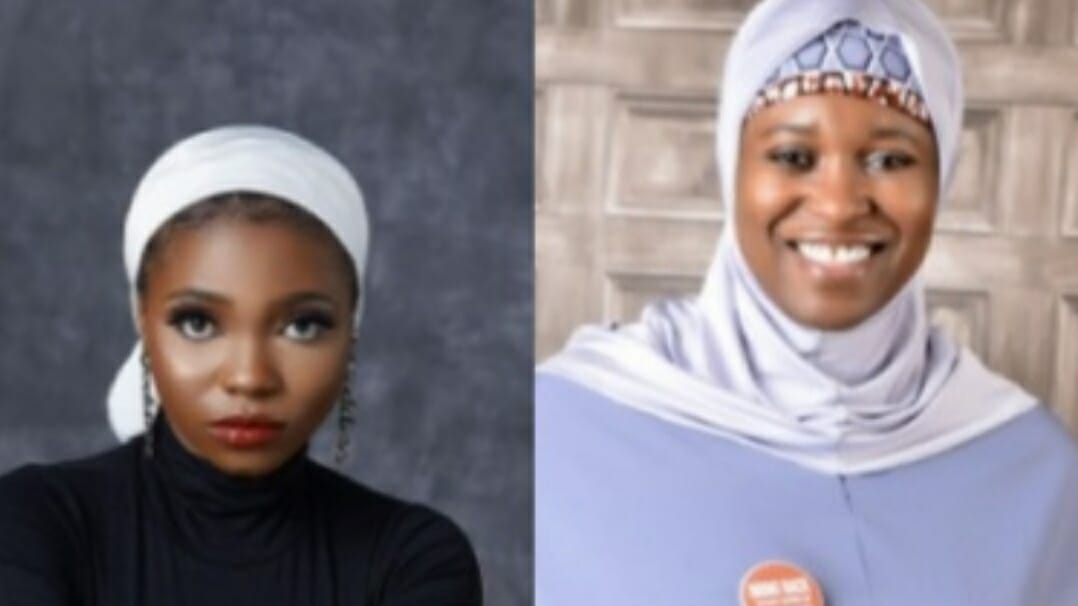 Popular activist, Aisha Yesufu has called on skit maker, Apaokagi Maryam better known as Taaooma not to apologize for her visit to Vice President Yemi Osinbajo in the statehouse.

Recall that Taaooma and some skit makers during the week were at the statehouse on a courtesy visit to the Vice President.

Several Nigerians including prominent ones have reacted to the visit and most youths felt they shouldn’t have accepted the invitation from the Vice President.

Activist Rinu even went on Twitter to drag Taaooma over the visit.

Reacting to the development, the popular skit maker, Taaooma tendered a public apology.

The skit maker furthet stated that she was able to discuss the issues Nigerian youths would want to speak about to the government during the visit.

Activist Aisha Yesufu has now weighed in. She stated that Taaooma shouldn’t apologise if her intentions for the visit were right.

Read what she wrote below: 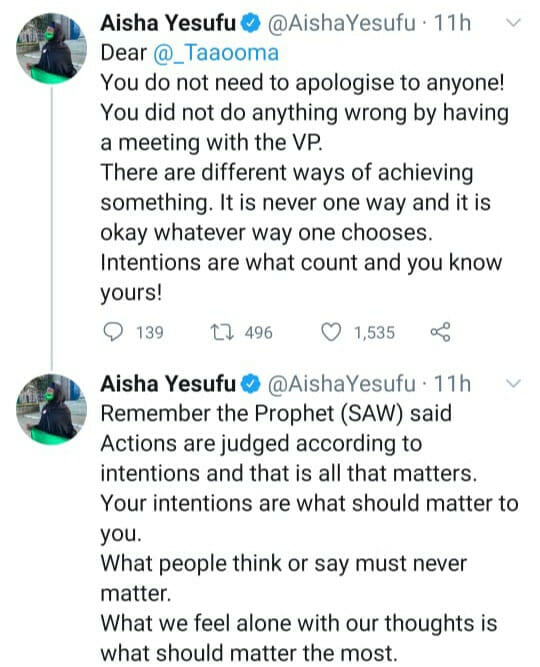