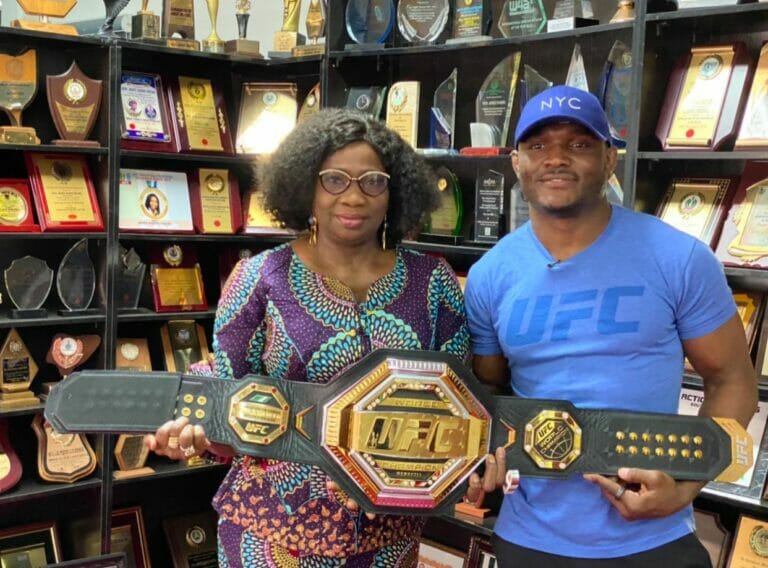 Abike Dabiri, in the congratulatory message through NIDCOM Head of Media and Public Relations, Abdur-Rahman Balogun, the NIDCOM boss commended the Nigerian spirit and zeal in Kamaru Usman who defeated his challenger and thus retained his title.

With the win, Usman improved to 20-1-0, and has won 19 fights in a row, including five title defenses.

Dabiri-Erewa, who received Kamaru Usman in her office in Abuja some months ago, urged him to continue to make Nigeria proud and keep the Nigerian flag flying.

She advised him to remain focused and continue to be a mentor to others coming behind.

“We are indeed proud of you. Please do not be distracted as your glory is a collective glory for Nigeria and Africa,” she said.

Usman declared himself the best pound-for-pound fighter in the world after his victory.

The ‘Nigerian Nightmare’ had fans on their feet when he knocked his bitter rival down twice in the second round but Covington managed to survive.

At the end of the match, Usman admitted his opponent was a “tough son of a b***h”.