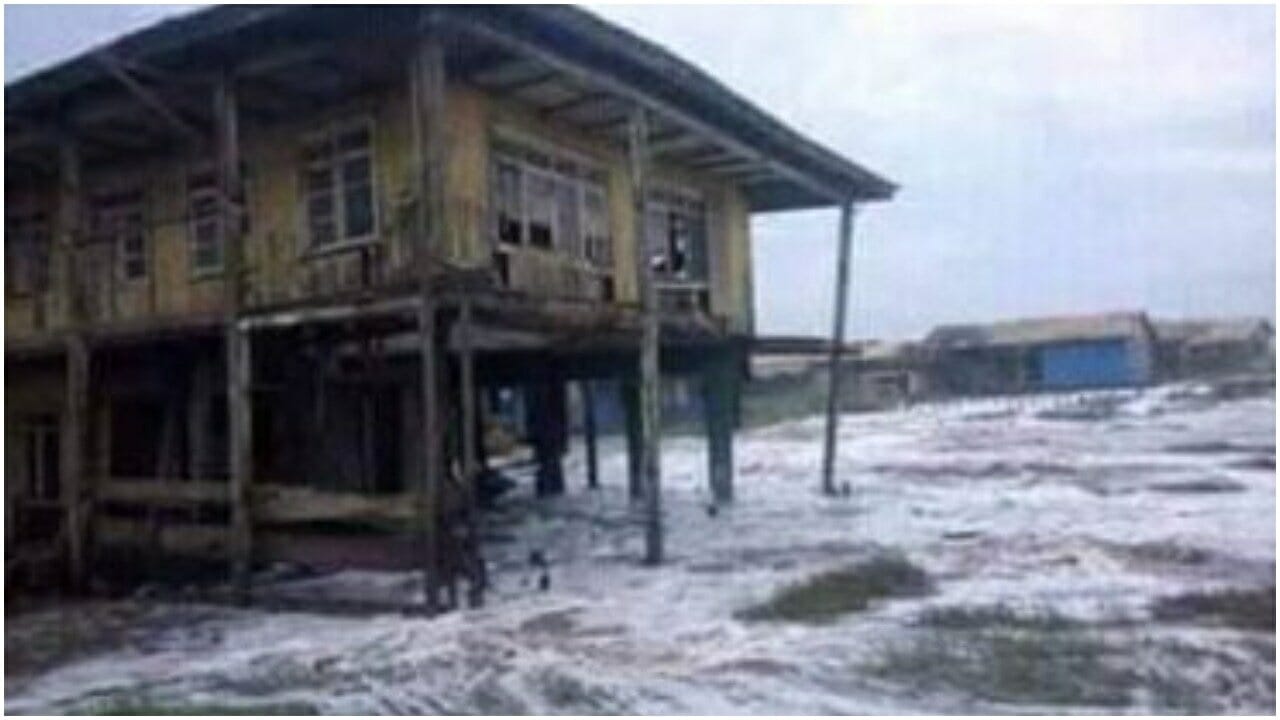 After the sea incursion that occurred in the riverine community of Ayetoro in Ilaje Local Government Area of Ondo State, many people have become homeless.

The incident that took place around 5:00 am when most of the residents of the community were still fast asleep, left many houses destroyed.

With the development leaving many of the dwellers in state of shock, they urged the federal and state governments to assist them to address persistent ocean surges.

The sea incursion has become a constant occurrence with the latest incident destroying buildings and property worth millions of Naira.

According to the Spokesperson of the community, Prince Victor Akinluwa who described the current situation as unbearable for the people, relevant authorities should urgently come to their rescue.

“We are helpless, we have not received any assistance from Ondo State government and we have not even heard from them lately.

Akinluwa added that all that they get from the government were just promises that were never fulfilled, stressing that, “we have been neglected and abandoned to suffer this horrible catastrophe without any move to come to our rescue.”