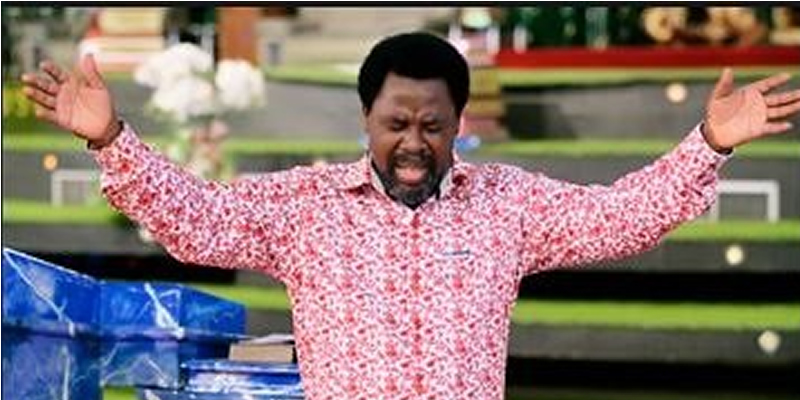 Four months after Prophet TB Joshua, the founder of the Synagogue Church of All Nations (SCOAN) was buried, the church has held its first Sunday service; November 7 (yesterday).

Evelyn Joshua, the church’s new leader offered prayers of thanksgiving and forgiveness. A clip of the late Joshua, which is not time-bound, was played for the congregants. Joshua prayed thus: “Hear what God says: Those in darkness, in the name of Jesus – come out!”

A note posted on the church’s Facebook page read, “As the prayer continued, the Spirit of God worked wonders in the lives of the people, rescuing them from the kingdom of darkness and bringing them into the kingdom of His glorious light. Many received their healing and deliverance as the Holy Spirit flushed out everything that Satan had planted in their lives.”

Before praying with the congregants, Evelyn, Joshua’s widow, read Psalm 100:1-5, assuring congregants of God’s faithfulness throughout all generations and His enduring love. She then asked worshippers to give thanks to God for all that He has done in their lives.

“It was a joyful time in God’s presence as The SCOAN choir rendered songs of praise and worship to the Lord Most High for His goodness and mercy. Indeed, the atmosphere was charged with a wonderful energy that lifted the spirits of worshippers,” another message on the church’s Facebook page read.

The church had been closed since July 11 when a thanksgiving service was held to signal the end of the week-long funeral of Joshua.

TB Joshua died on June 5, one week to his 58th birthday.

No fire incident around tomb of TB Joshua – SCOAN

His wife was selected as SCOAN’S new leader in September.

Speaking after succeeding her husband, Mrs Joshua said the church will reopen for service when the leadership gets approval from God.

She said although church members were eager to begin physical services, they must first hear from the Lord and be guided by the revelations from the Holy Spirit to commence.

“We are getting ready and even yearning to start services but we cannot go outside the will of God whose directive is what we shall continue to uphold, live and work on,” she stated.