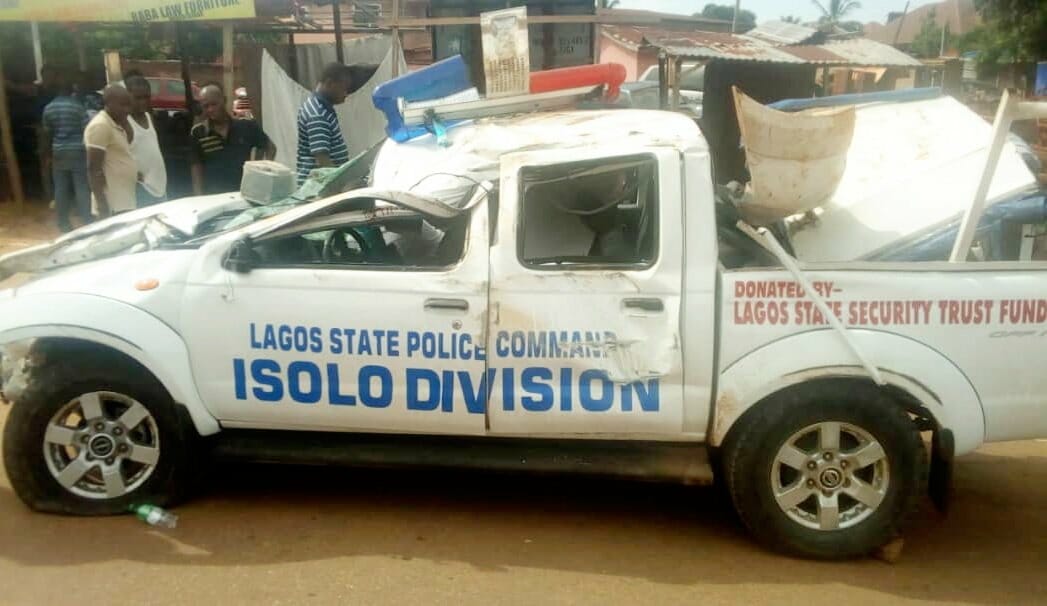 The Lagos State Police Command has verified that one of its officers was involved in an accident, Monday, November 8.

WITHIN NIGERIA reports that five Isolo Division operatives were in a white pick-up truck when it collided.

According to an eyewitness account, police officers and passers-by carried the policemen to another vehicle shortly after the crash.

The spokesman disclosed that though the policemen suffered injuries, there was no casualty.

“No one died in the accident. Five persons injured, three treated and discharged while two are still in the hospital responding to treatment”, he said.

In another report, three suspected members of a notorious kidnap gang and their food supplier, Taiwo Fayoke, have been arrested by the police in Ekiti state.

Spokesperson of the State Police Command, ASP Abutu Sunday, who disclosed this in a statement on Monday, November 8, said that the suspects have confessed to multiple kidnappings in the state including that of late Chief Abiodun Ajayi, who was abducted earlier this year in Ado-Ekiti.