Hoodlums on Wednesday reportedly moved around setting vehicles and motorcycles ablaze to enforce the sit-at-home order in Abakaliki, the Ebonyi State capital.

WITHIN NIGERIA recalls that the Indigenous People of Biafra, IPOB, had declared a sit-at-home in the Southeast to honour their national leader, Nnamdi Kanu who was arraigned in court.

It was gathered that the hoodlums in their numbers moved around the state capital around 4:00am to 6:am setting ablaze a vehicle belonging to an unidentified person at Hilltop junction, a road leading to the former office of the Department of State Service, DSS.

Also, a motorcycle was burned by another set of hoodlums at Nnodo Secondary School, near the bridge linking Ozibo development centre to the capital city, Abakaliki.

According to Daily Post, an eyewitness who spoke anonymously at the scene of the incident at Hiltup junction said; “I came to my shop this morning, I saw marks of a burnt vehicle in front of my shop and I asked my neighbours, they told me that hoodlums burnt it down early this morning.

“Although, the burnt vehicle have been quickly evacuated by authorities of government” he noted.

It was equally gathered that the hoodlums roughly manhandled a trader who opened his shop and attempted to video the incident.

How we uncovered IPOB operational base in Imo forest – Police

In a related development, another source who spoke to journalists anonymously at Nnodo junction said “There is panic in my side following the burning of a bike after Nnodo Secondary School before that bridge down down. Some motorists and passersby in my Ozibo area refused to ply that our road but I plied it.

“One motorcycle was burnt there and people are afraid of plying that road” he noted.

However, the sit-at-home order resulted in the shutting down of most public and private schools in the 13 LGA of the state while the few who opened, mobilized local security operatives to secure their schools.

A DAILY POST source said that “Some schools did not open. A friend took his kids to school but were turned back at the gate” he said.

It was observed that most shop owners especially in the major markets closed their shops for fear of attacks and killings by unknown gunmen.

Banks, fuel stations, transport companies especially those who travel outside the state capital were shut down.

Also, most banks especially those located within the state capital removed the Nigerian flags to avert attacks and destruction of facilities by unknown gunmen.

The gate of the Ebonyi State Judiciary was said to under lock and key to avert attacks and invasion by unknown gunmen.

A great number of heavily armed police officers were seen patrolling around the state shortly after the incident at Nnodo and Hiltup junction.

Public Relations Officer of the state Police Command, DSP Loveth Odah denied knowledge of the burned motorcycle at Nnodo secondary school but vowed to brief journalists after getting details from the leader of the show of force team, who are patrolling the state capital.

One person died of COVID every 12 seconds last week – WHO…

2023: I’ll voluntarily step down my presidential ambition if… –…

WhiteMoney gets emotional as he joins Pete Edochie, Jackie Appiah & Others on a movie set [Video]

WhiteMoney gets emotional as he joins Pete Edochie, Jackie Appiah & Others on a movie set [Video] 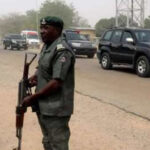 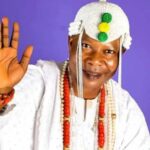