26 Nigerians arrested in Ghana for allegedly engaging in fraud

No fewer than 26 Nigerians have reportedly been arrested by the Ghana Police for allegedly engaging in online fraud.

According to Jacob Kubi of Okay FM, Deputy Police Commander Amaning Oduro said they stormed three houses and arrested 26 Nigerians, two of whom were girls, after receiving intelligence.

The police said they retrieved 31 laptops, 26 mobile phones, five machetes and substances suspected to be Indian hemp from the suspects. The suspects are expected to be screened, and those found culpable would be processed to court. 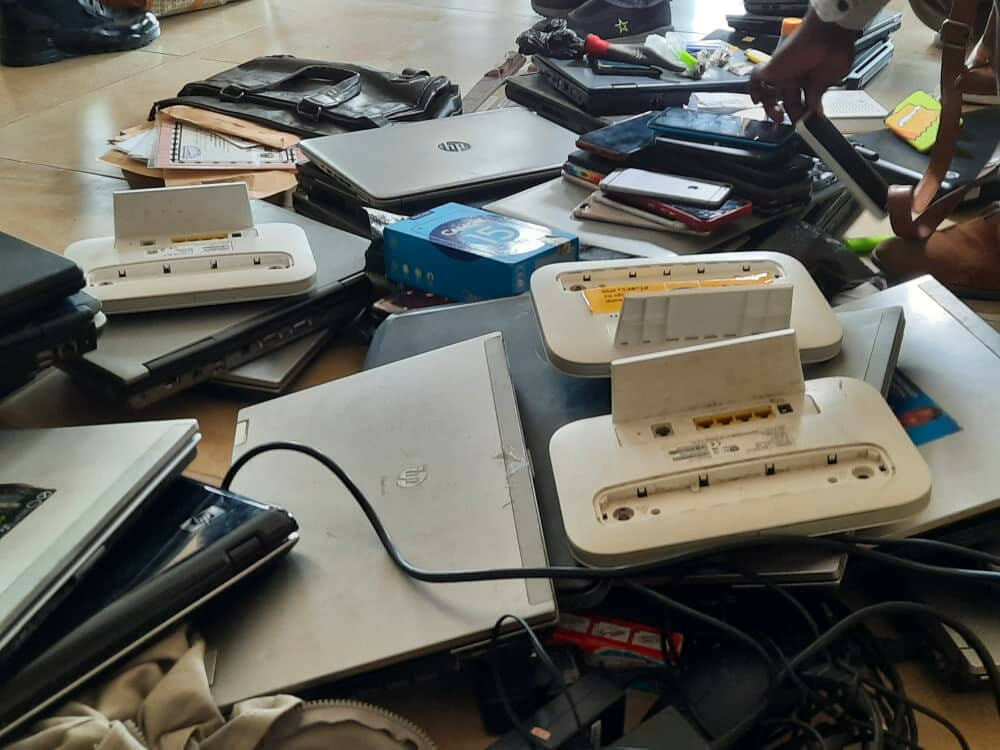 DCOP Okyere Boapeah, the Central East Police Commander, added that Kasoa is gaining notoriety as a result of the activities of some Nigerians. DCOP Boapeah also said Ghanaian landlords should not hesitate in reporting would-be Nigerian tenants to Immigration officials before renting out to them.