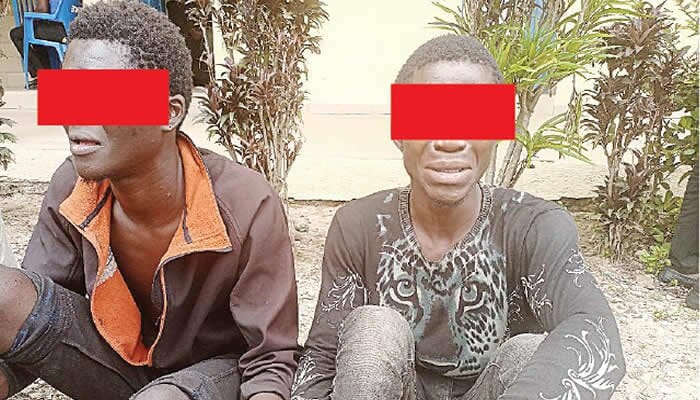 Speaking with newsmen the suspect confessed how he approached his victim and how everything transpired. In his words, “I approached a girl that I wanted us to start a relationship but the girl said I was not of her standard.

For six months, I was pestering her and she was beginning to listen to me when she met a Yahoo guy (Internet fraudster) and then told me she was not interested in me anymore.

She said I would not take care of her the way the yahoo guy would do. That infuriated me and I decided to rape her. I took that decision because of the way she spoke to me. She declared me unfit to date her.”

According to Ismaila, 21, he and Segun smoked Indian hemp before they left for the lady’s house. Ismaila claimed they didn’t go with any weapon. He further stated that immediately after the crime was committed, they ran away to another street because they live close to each other.

The following day, the suspect went to the victim’s house to beg for her forgiveness and she told him she had forgiven him; but unknown to him, she knew where he ran to and brought the police to arrest him.