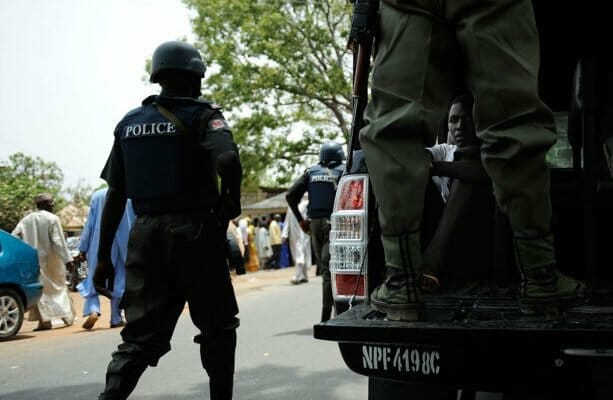 Police in Jigawa State on Saturday arrested two suspected fraudsters who specialized in defrauding people through their bank accounts.

The suspects, Abubakar Shehu, 25 years old, and Haruna Abdullahi, 24 years old, were arrested after a complaint was received from one of their victims at Fatara Housing Estate in Kiyawa Local Government.

“On 20/11/2021 at about 1200hrs, a complaint was received from someone from Fatara Housing estate, Kiyaya local Government that after he returned from Mosque he discovered that his MTN Sim Card was stolen by unknown person(s),” he said.

Shiisu said the victim however started receiving debit alerts up to the sum of N1,456,000 within four hours.

He explained that in the course of an investigation, a tracking result indicated that the SIM card in question was used in a certain Tecno handset and all relevant information was retrieved.

Shiisu said the information led to the arrest of the suspects in connection with the offense and the case is under investigation.