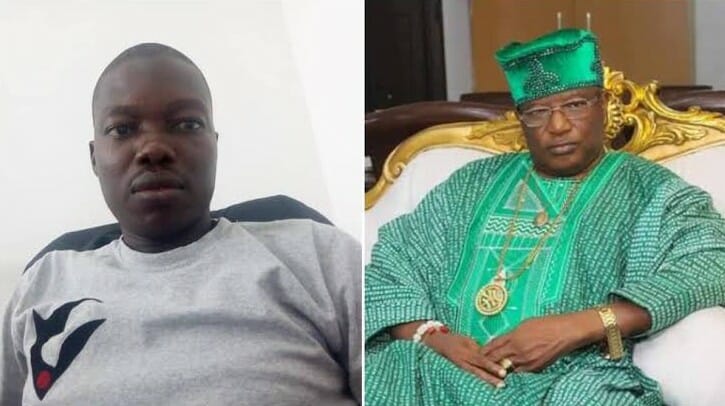 Osun State Commissioner of Police, Wale Olokode, on Monday said one of the suspects held in connection with the death of Timothy Adegoke, a Masters student of Obafemi Awolowo University, Ile-Ife, had confessed that son of the owner of Hiltons Hotels and Resorts, Ile-Ife, Roheem Adedoyin, arranged how the corpse was evacuated and taken to the bush.

The police boss said Roheem, who is the Managing Director of the hotel where the late Adegoke reportedly died, organised how the corpse was evacuated from the facility and buried without informing the police.

The commissioner who made this known on a Rave FM programme in Osogbo said it was carried out with the assistance of two managers.

According to the commissioner, “One of the receptionists of the hotel who was on duty believed that the victim paid for two nights, and that he entered the room on Friday between 5 and 6pm on Friday, adding that by Sunday he would have left. She was the one who went to that room to discover that after several knocks and no response, she came to look for a spare key.

“She then opened the room and found the body of the young man. She tapped him and discovered that he was lifeless. She then ran to the manager on duty who also went to the hotel room and the manager also confirmed that there was no life in the body of the deceased after payment for two nights.

“Each of the staff, manager, auditor, checker and others believed that it was their duty to report to the management of the hotel.

“After reporting to the MD, he rushed down to the hotel. The MD now asked two of his managers to join him and convey the corpse and up till that point they believed that, he has taken the corpse to the police or hospital.

Students boo police as protest against ASUU strike intensifies in…

“The MD who drove the vehicle himself, drove them to a bush and asked them to throw the corpse into a bush and instructed them not to reveal it to anyone. The personal property of the corpse was also thrown into the bush according to them.

“We combed the bush and up till now, nothing of such was found. “

“Timothy died inside the room in Hilton Hotel and the corpse after two days was discovered which was taken to a bush about 2 km away from the hotel and thrown into a bush.

“Meticulous investigation of police discovered where the corpse was buried against the claim that it was thrown. Six suspects were arrested. The suspect confessed that the corpse was found in one of the rooms in the hotel.

Three of the staff packed the corpse and threw it into the bush. None of them confessed to the actual killings but right now the corpse was taken to UNIOSUN Teaching Hospital.

“None of the staff informed the police. It was the report of the missing person that made the anti-kidnapping team to discover the body after their meticulous investigation, trailed the so-called missing person to that hotel and then traced the corpse to where it was found.

“Adedoyin was arrested. he came when the police required his presence at the station. I am not aware of any video or audio from suspects. I cannot comment on what I am not aware of. We have done everything humanly possible to do justice to the investigation. The autopsy will guide us in prosecution.”