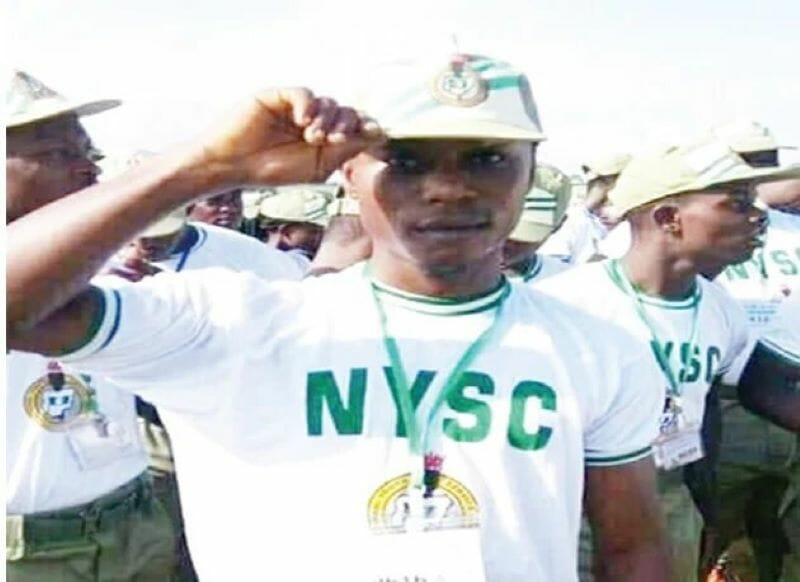 A Policeman, Inspector Ukeme Etuk, has been arrested for allegedly killing a graduate of the Abia State Polytechnic, Chinyere Ugochukwu, over an alleged N50 bribe.

Ugochukwu was said to be travelling on a motorcycle on Friday when his rider was accosted by policemen at a checkpoint in front of the Metrological Complex on Obikabia-Umukalika Road in the Obingwa Local Government Area of Abi state.

It was gathered that the policemen, led by one Yahaya, attached to the Aba area command, requested a bribe from the motorcyclist, who declined the request, which led to an argument.

Etuk allegedly shot Ugochukwu, who was said to be an orphan, when he attempted to intervene in the matter and fled the scene after the incident.

According to PUNCH, an eyewitness, Christopher Nduagu, said Etuk warned the deceased not to move close to him and shot him when he did.

He said, “He was a passenger on a motorcycle going to Obikabia Junction but one of the policemen at Umukalika police checkpoint stopped them to demand their usual N50, but the motorcyclist told him that he did not have the money.

“They had a heated argument, leading to intervention by the passenger. But the police officer, who warned Chinyere (Ugochukwu) not to come close to him, fired him and when he was rushed to a private hospital nearby, he was pronounced dead.”

Another eyewitness, who spoke on condition of anonymity, said the motorcyclist was also shot in his knee.

He said, “On the 16th of November, there was an incident of accidental discharge around 10.50am along Umukalika Road in Obingwa.

“A police patrol team ran into a group of Okada (motorcycle) riders blocking the road and in the process of dispersing them, there was a misunderstanding, during which one Inspector Ukeme Etuk released a shot that hit Ugochukwu in the buttocks.”

Obonna said the victim was rushed to a hospital for medical attention, but he died on November 20.

The PPRO said the cop had been arrested and detained for trial, adding that appropriate measures would be taken against him.

Meanwhile, the state Governor, Okezie Ikpeazu, has directed the immediate investigation of the incident.

The governor, in a release by his Chief of Staff, Prof. A.C.B. Agbazuer, reminded residents that his government had in the past ensured the arrest of trigger-happy policemen and made them face justice.

He urged everyone to maintain the peace and go about their normal duties “as the government will strictly not tolerate lawlessness under any guise”.