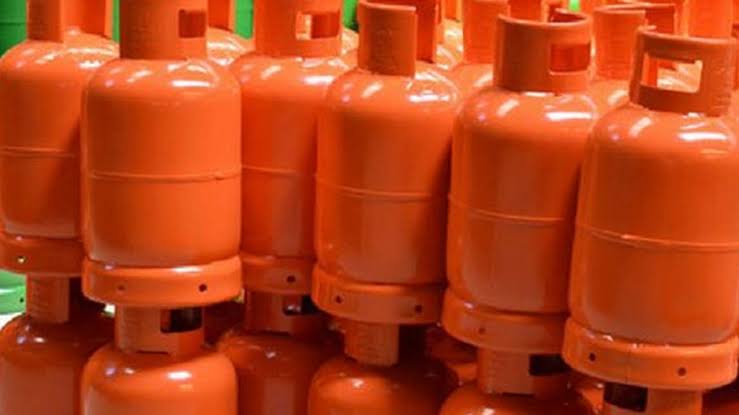 The federal government on Tuesday said that it has no control over the price of cooking gas because the product is fully deregulated in the country.

The minister of state for petroleum resources, Timipre Sylva, who made the declaration in a chat with correspondents however noted that President Muhammadu Buhari is worried about the hike in the price of the commodity.

The minister was at the presidential villa, Abuja to introduce to the president the CEO, Nigerian Midstream and Downstream Petroleum Regulatory Authority, NMDPRA,

He asserted that gas prices are determined by the global market, even though he indicated that government will do everything possible to bring down the price especially during the Yuletide season.

“And you all are aware that in Europe, today, gas prices have gone up. There was even a crisis in Europe relating to gas prices. So the pricing of gas internationally now affects also the price of gas in the country.

“So, these are the issues of balancing that the midstream and downstream regulatory authority are handling and I want to assure you that we are quite concerned.

“Mr. President also is very concerned. He is aware that the price of gas is high in the market, and we’re doing everything trying to see how we can bring down the price of gas especially as we approached the Yuletide.”

Sylva also disclosed that the president has directed him to proceed to Nembe, Bayelsa State to investigate the level of damage caused by the recent gas spillage in the area.

The minister stated that he will visit the affected communities on Wednesday to assess the situation.

He said; “And the question which is on the spillage in OML 29, we are quite aware of it. Unfortunately, it has happened. It is also one of the issues I discussed with the president as a minister and he has actually asked us to go and visit the site to assess the situation and report back.

“Mr. President is very personally interested and we have discussed it and he said we should go there and come back and report to him because environmental degradation issues are things that we are not going to condone but of course we’ll work with the operators of OML 29 to ensure that this spillage is brought under control as quickly as possible.”

On the resurgence of fuel queues in parts of the country, the minister directed the CEO of the Midstream and Downstream Petroleum Regulatory Authority, Ahmed to answer it.

The NMDPRA CEO explained: “You see intermittent queues in some parts, maybe of Abuja and maybe the environs, basically what happened is that some of the depot owners are selling PMS, above the official ex-depot price of N148, they are selling at N156, N157.

“They have to go to black market to source these US dollars. And that differential between the official and the black market they buy, that is why they added about N9 to N10 to N15 and it depends on whether you are in Lagos, Calabar, Port Harcourt, or Oghara.

Now, we had a meeting the week before last on Tuesday, the 9th, and the NPA was there represented and the DG NIMASA was there as well NNPC, major marketers were all there and we all agreed and resolved that NNPC excess capacity of their shipping their vessels will be chartered to all marketing companies. We will be charging in Naira so that NNPC now will go and source for converting US dollars through the CBN.

“Once the NNPC from the 15th of this month, they have already converted to charging Naira instead of dollars for their excess capacity charter to all marketing companies. So, I believe with this, there will be no reason for the depot owners to increase their price beyond the official selling price of N148 naira.

“Now, we have been working tirelessly in the past few years to sensitize our people to start using LPG for example. And they were making an effort to do so. People are now interested in are working towards utilization of LPG, but then the production is not commensurate with the demand.

“And this is why we want to focus on investment in the area. Now, a lot of major oil companies like their IOCs want to invest, but the pricing framework is an issue for them. So, we’re working with the guidance of the Honourable Minister of State for Petroleum Resources to ensure that we put the pricing framework that is attractive enough for the investors but at the same time is simple enough for the consumers, whether it is power, or industrial base, or the commercial sectors.”