VIDEO: Another woman allegedly kills husband in same Edo family where man was stabbed to death by second wife

The unfortunate incident happened barely a week after another woman allegedly killed her husband in the same Dagana family.

WITHIN NIGERIA had reported that the man identified as Abdulateef Dagana was allegedly stabbed to death by his second wife after he caught her with another man in their matrimonial home.

According to Daily Trust, a source said the deceased had gone to the farm with his wives to do some farm work. However, after returning home, a misunderstanding ensued between him and one the wives which degenerated to a fight.

He said during the fight, the woman pushed her husband and in the process, he hit his head on the floor and fainted.

He said the deceased was rushed to the hospital for treatment. He was given drugs but died moments later. 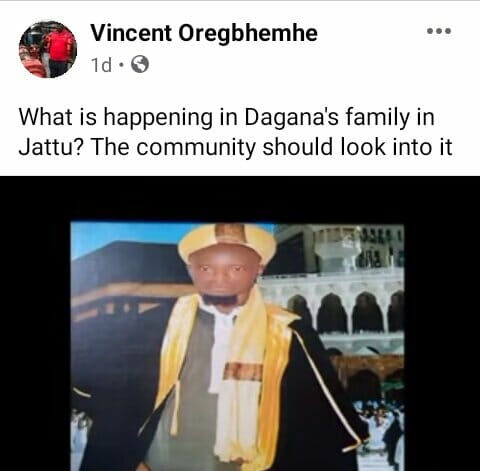