A human right group identified as Ta’awunu Human Rights Initiative has frowned at the delay justice following the murder of a 37-year-old father of three and master student of Obafemi Awolowo University, Ile-Ife, Timothy Adegoke.

Recall that the Police Public Relations Officer for the Osun State Police Command, Yemisi Opalola, has said that the Command has not declared the son of the owner of Hiltons Hotels and Resorts, Ile-Ife, Raheem Adedoyin, wanted for complicity in the murder of the late Timothy Adegoke because the autopsy result into the cause of the death of the student is not yet out.

This was contained in a statement released on Thursday, November 25 by Barr. Sulaymon A. Tadese, the director general of THURIST- Nigeria.

The group further stated that it is crystal clear that evidence had proven beyond the shadow of doubt the fact that the killing had been clandestinely carried out in the Hilton Hotel and the dead body been evacuated from the Hotel with the knowledge and supervision of one Mr. Raheem Adedoyin a biological son of Dr. AbduRahmon Adedoyin owner of Hilton Hotel Ile-Ife, who is also the Proprietor Oduduwa University Ipetumodu and Ife City Polytechnic Ile Ife.

It is surprising that till this moment Dr. Rahmon Adedoyin’s son Mr. Raheem had not been declared wanted or arrested, while his purported arrested father was reported to have make a public broadcast in detention.

It is important to note however that, an autopsy going on by the police investigation team should be substantiated and coupled with an arraignment of Dr. AbdulRahmon Adedoyin, His son AbdulRaheem who had been indicted and all evidences had strengthen their indictment together with the six accessories who were their employees at the Hotel.

It is equally bogus and further indictable, the claim made by Dr. Rahmon that a first class hotel in the heart of Ile Ife where a receptionist is reportedly paid #200,000 Monthly has no CCTV camera. Even a fool will not believe this.

To this effect and on this note however, THURIST demands that the Commission of Police Osun State and the Inspector General Of Police should order an arrest of Mr. Raheem Adedoyin and an arraignment of both Dr. Abdul Rahmon and His son Abdulraheem before a court of competent Jurisdiction to answer questions on the Murder of Timothy Adegoke in their Hotel having been indicted in his gruesome killing as there is no cause for such delay.

THURIST in the interest of justice and that justice should not suffer wish to keep everyone abreast of the fact that nobody involve in this crime irrespective of their status will escape or defeat the course of justice in this matter as important personalities and Human Rights activist are closely watching and following the matter. 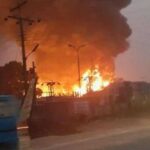 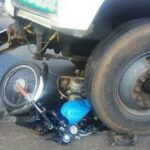 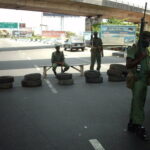 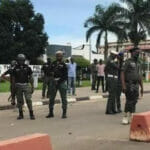 You killed our people and labelled them bandits, Ogun villagers tackle police 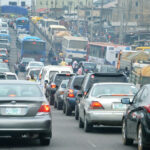 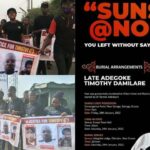 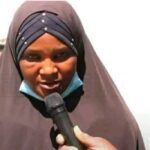 “I was paid well, N50,000 per round” Mother speaks on why she supplies underage daughters to bandits for sex