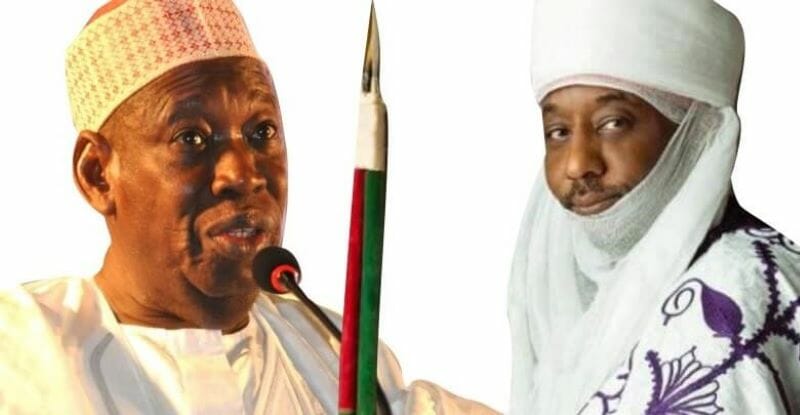 Kano State Government has rejected a judgment by the Federal High Court declaring the banishment of the deposed Emir of Kano, Muhammadu Sanusi, as unlawful and unconstitutional and also awarding him N10 million as compensation.

WITHIN NIGERIA had reported that Justice Anwuli Chikere on Tuesday November 30, awarded the N10 million compensation against the respondents comprising the police, the State Security Service (SSS) and the Attorney-General of Kano State. She also ordered them to tender a public apology to Sanusi in two national dailies.

The Federal High Court judge held that the Emirate Council Law, 2019, relied on by the Kano State government in banishing Sanusi was in conflict with the Nigerian constitution.

Chikere stated that the Nigerian constitution is supreme and any law that is inconsistent with it shall be null and void. She added that the former Emir had the right to live anywhere, including Kano State, as enshrined in the country’s constitution.

Reacting to the judgement in an interview with Solace, Kano-based online news platform, the State’s Attorney-General and Commissioner for Justice, Musa Lawan averred that the constitution recognises tradition and custom and that they should be protected.

Lawan added that the state government would do everything possible to protect the custom and tradition of Kano people.

He said; “Where a person that is part of the emirate decides to destroy the tradition and custom and do only things that he deems fit will not be allowed.

“For over 100 years , it has been the tradition and custom in our clime that when an emir is deposed, he is banished to another community and there was nothing unusual in the case of Malam Muhammadu Sanusi II.”