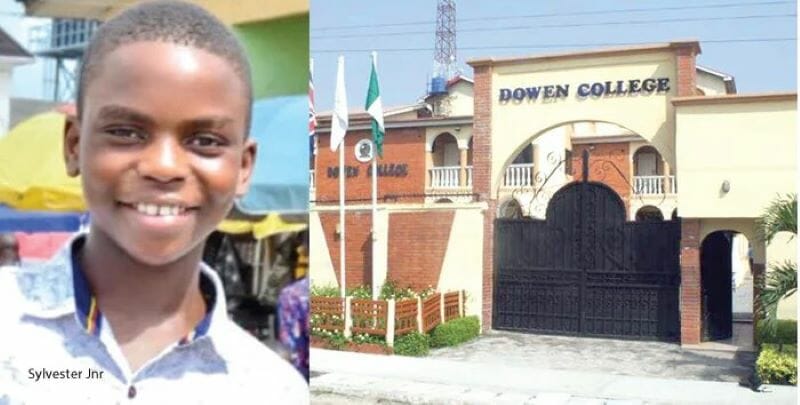 Sylvester Oromoni Snr, the father of a Junior Secondary School two pupil of Dowen College, Lekki, Lagos, Sylvester Oromoni Jnr, who died in controversial circumstances has vowed not to bury his son until justice is served.

The family marked the deceased’s 12th birthday posthumously on Saturday during which a cake designed as airplane and pilot uniform was cut in memory of his ambition.

WITHIN NIGERIA had reported that the deceased’s cousin, Perry Oromoni, has taken to social media to alleged that some senior pupils of the college beat him up in his hostel room for refusing to join a cult.

Sylvester Snr, in an interview with PUNCH on Saturday, said his son would not be buried until justice was served – no matter how long it takes.

He said, “How can he be buried? I cannot bury him until I get justice, until I get to the end of the matter. Even if it takes two or three years, we would be going on. I pray God keep us alive.”

According to the father, about 100 people were present at the posthumous birthday celebration marked with two cakes and a large picture frame of the late Sylvester in various poses.

The father said, “For his birthday today (Saturday), we cut the cakes, displayed his pictures and prayed for his soul to rest in peace. We also went for a church programme after cutting the birthday cakes.

“His sister based in the United State of America asked one of her friends to bake a pilot-themed cake for his birthday because he had always wanted to be a pilot.”

Sylvester Snr however said he would miss his son’s rapport, smiles, love, presence and company.

He said, “Anytime he comes on holiday and I am at home, he is always all over me. We eat together, he asks questions a lot; he is very inquisitive. He can operate his laptop very well and I don’t know how to do that so he guides me on how to do it.”