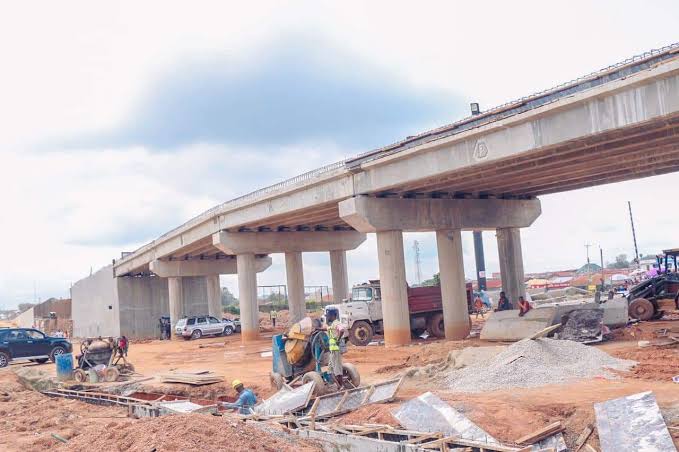 The initial deadline of Olaiya flyover was 9 months but the project was reportedly in 87% as at then. The Iwo-born journalist, Sola Isola who set-up a time tracker for the project exposed the delay and brought the state government especially the ministry of works to its knees. Thanks to Sola Isola, the ‘controversial’ flyover would have probably suffered same fate with other federal projects the former governor of the state now minister of interior, Rauf Aregbesola also initiated.

As a concerned citizen of the state, I watched the inauguration of the N2.7bn flyover and the entire citizens of the state were assured by the construction firm and ministry of works that it will not exceed 9 months. Three weeks ago, the initial deadline passed but the Olaiya flyover was not handed over to the citizens of the state. The state government and contractor through the ministry of works apologised for the delay, cited weather as one of the factors responsible for the delay and demanded for another three weeks.

I could remember that I engaged some government officials and told them that the Olaiya flyover will not be delivered in three weeks time. They accused me of being an enemy and unpatrotic citizen of the state. I did not succumb rather insisted that the flyover bridge will not be delivered as at when due. I expected both the contractor and state government to prove me wrong but till now, the firm and ministry of works are still working their asses out to complete the Olaiya flyover bridge.

Responsibility comes with trust and sincerity. It seems the government does not trust her citizens with truth. Residents of Osogbo especially motorists who are witnessing hardship as a result of the construction of the flyover deserve more than apology but a better explanation borne out of sincerity NOT loads of excuses. Weather, several tests among others were cited as factors responsible for the delay.

I look forward to the excuses the ministry of works under the leadership of Remi Omowaiye would give as another deadline ends today. I simply hope the state government would be courageous and sincere this time around to inform millions of citizens anticipating the completion of the flyover that paucity of funds is the major cause of delay.

Luckily for the Oyetola-led administration, majority of citizens does not care about completion of projects in the state. When Rt. Hon. Lasun Yusuf, ex-deputy speaker of House of Reps did not complete the OSUN WATER SCHEME PROJECT which was birthed to solve water problems across some communities in the three senatorial districts in the state, he was not challenged by the citizens. Close to 10 years now, Rt. Hon. Lasun Yusuf has not reacted to damning report of how he denied thousands of people access to water and even picked up a gubernatorial form of the All Progressives Congress (APC).

Federal roads initiated by Rauf Aregbesola, former governor of the state are still in 27 percentage. These roads were awarded to contractors by then state government and now that the federal government has refunded the funds, the roads are still in deplorable and sorry state. Do you still remember the popular ‘Ona Baba Ona’? It is not yet completed. Like the popular ‘Igi-Iye’ project, the tablet of knowlegde better known as ‘Opon-Imo’ which gulped billions of naira, both projects are no where to be found in the state.

FAAN: We are addressing insecurity at Lagos airport’s car park

Osun citizens are tolerant. They understand every situation. Osun people, incomplete and short-time projects are siamese twins. They do not care. They can not crucify the construction firm and state government over the delay. Distribute stipends and foods to motorists who are aggrieved over the delay of Olaiya flyover, they will easily forget their sufferings. We expect another round of apology. We expect another excuses. We expect another sad tales but I think this is the right time for the ministry of works to tell us in specific the cause of Olaiya flyover delay. 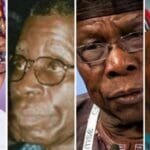 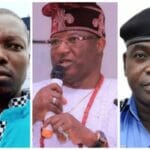 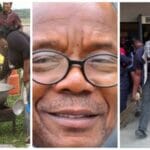 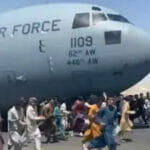 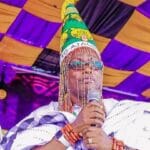 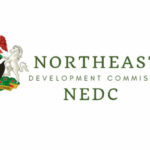 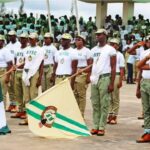 RE-NYSC: Any Relevance In Today’s Nigeria 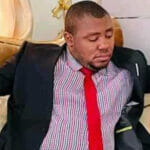 Why Matthew Page Is After My Shadow — Philip Agbese