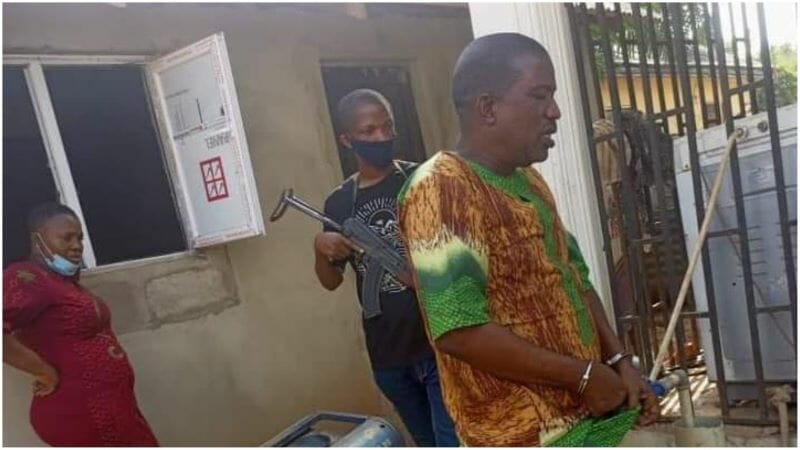 A well-known pastor in the Celestial Church of Christ, CCC, Gbenga Filani, has been arraigned before an Akure Magistrate Court for allegedly raping a five-month pregnant lady in Ondo State.

WITHIN NIGERIA recalls that Filani was arrested last week after he was alleged to have raped a 19-years-old lady who was five months pregnant in his church.

The pastor was arraigned on Tuesday on a two-count charge preferred against him before Magistrate Damilola Sekoni.

However, with the courtroom filled with church members of the defendant, the charges against the pastor were not read.

While urging that the suspect be remanded in Correctional Centre, the Prosecution Counsel said the court lacked jurisdiction to hear the case due to what he described as the gravity of the offence.

On his part, the Defense Counsel led by Akinrata Adelanke who stated that there was not enough evidence to prove the suspect committed the crime, appealed that the court grant the defendant bail.

The presiding Magistrate, Damilola Sekoni, subsequently granted the suspect bail to the sum of N500,000 as well as two sureties in like sum with the case adjourned the case to January 14, 2022.