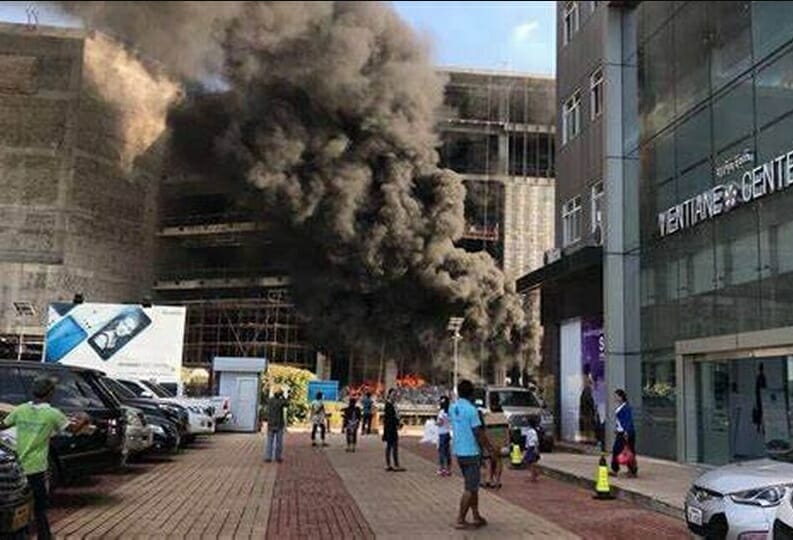 After a major fire broke out in Hong Kong World Trade Centre, at least 1,000 people were evacuated and hundreds of people are believed to be trapped on top of a skyscraper as a horrific blaze continues to rage at a shopping centre.

After the major fire broke out at lunchtime local time on Wednesday, Dec. 15, more than 300 people are feared to be trapped on the roof.

Fire crews have rushed to the 38-storey World Trade Centre on Gloucester Road, Causeway Bay, at around 12.37pm (4.27am GMT).

Police have said a woman in her 60s was lying in a semi-conscious state in hospital and suffering from smoke inhalation, and three others are also reportedly unwell after the fire.

Shoppers and restaurant-goers are said to be among those still within the building, which operates as a mall and office tower.