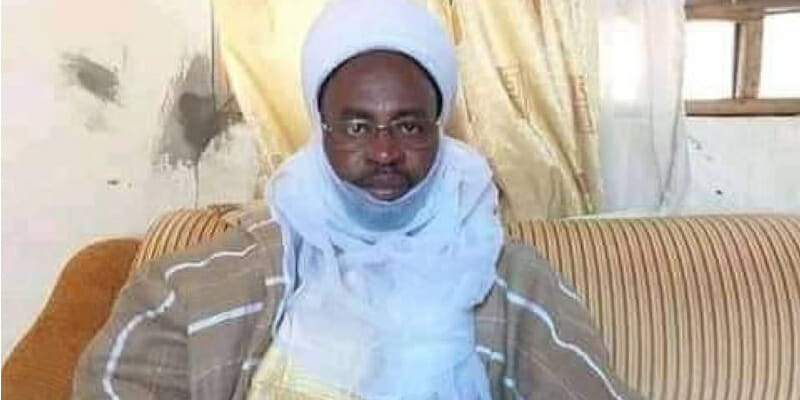 Armed bandits have kidnapped the wife and three children of a District Head in Adamawa State, Ardo Mustapha Ahmadu (Sarkin Noman Adamawa) in the early hours of Tuesday, December 21.

According to SaharaReporters, a family source said that Hajiya Kulchumi and the children were abducted from their residence at Yolde-Pate, in the Yola-South Local Government Area of the state.

Ardo Ahmadu, who is the District Head of Mayo-Farang under the Fombina emirate, was kidnapped in January 2021 and released after payment of N10million ransom. 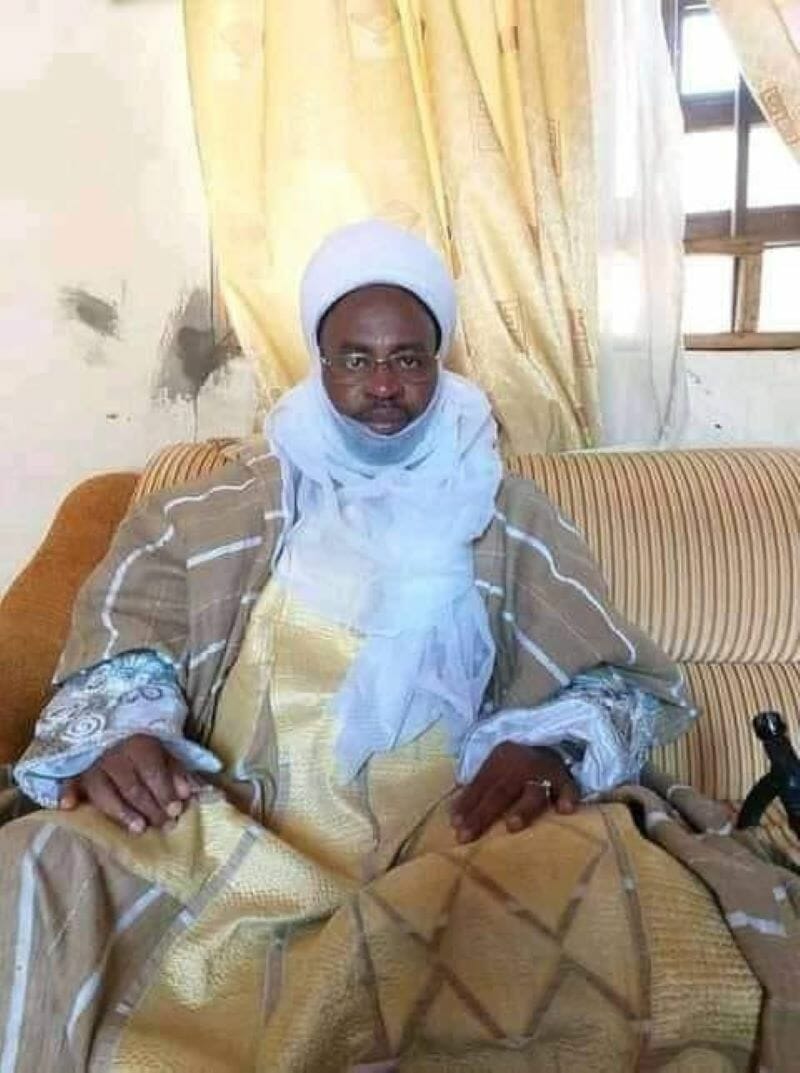 The state police spokesperson, DSP Suleiman Nguroje, who confirmed the incident said men of the anti-kidnapping unit are in pursuit of the kidnappers.

“In the early hours of today, suspected bandits attacked the residence of the District Head of Mayo-Farang and kidnapped four persons, his wife and three children,” he stated.

“However, the Commissioner of Police, Mohammed Barde, has directed the anti-kidnapping and counter terrorism units to go after the assailants and rescue the victims unharmed.” he added. 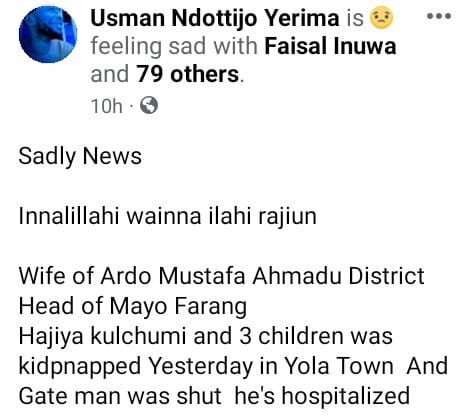