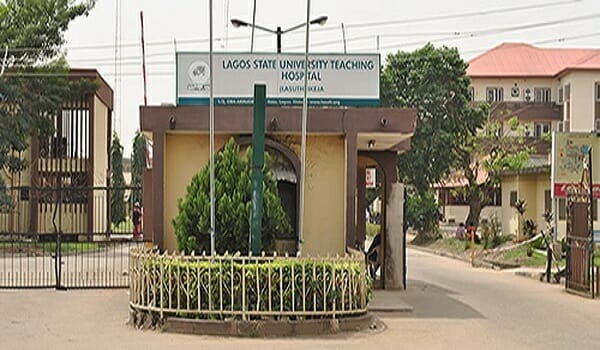 Gabriel Asoh, a gunshot victim who died at the Lagos State University Teaching Hospital in Ikeja, was treated at the state hospital for 12 hours, according to his family.

The hospital was accused of carelessness, and a public apology was required.

The family made these assertions in response to charges made by the Lagos State branch of the National Association of Nigeria Nurses and Midwives, as well as LASUTH administration, claiming a member of the family attacked medical professionals.

According to PUNCH Metro, a relative of Asoh’s, Reginald Uwandu, who was subsequently identified as his neighbor, was detained by police for reportedly assaulting medical professionals at the hospital.

According to sources, Asoh was carried to the hospital’s surgical emergency unit in a Toyota Sienna at 11 p.m. on Tuesday, December 14.

The secretary of the nursing association, Toba Odumosu, said a nurse at the hospital advised his relative to leave him in the vehicle, where a resuscitation procedure would be conducted on him before moving him to the ward.

However, Uwandu, who became impatient, allegedly attacked three nurses and a doctor at the hospital.

Human trafficker nabbed while trying to secure passport for victim

Asoh’s family, in a statement signed by one Chibuzor Duru on behalf of the family, said nobody was attacked at the hospital.

He noted that Asoh died while in surgery, adding that the hospital requested N50,400 to conduct a COVID-19 test on the corpse.

The statement read in part, “The management of LASUTH and the police have clearly lied in a bid to mislead the public by giving a dog a bad name to hang it. The victim/patient, late Gabriel Asoh, was shot in the stomach by armed robbers in the Agbado (AIT), area of Lagos around 10pm on December 14.

“He had been rejected by a private hospital and the General Hospital, Ilepo. It was then decided to take him to LASUTH that night. We took him to the surgical emergency ward and the nurses refused to allow our neighbour, Reginald Uwandu, who accompanied us to bring down him down from the bus.

“The wife of the victim and Mr Kingsley Asoh had been busy with the payment of all the necessary bills and seeking the doctors and nurses’ attention for the victim, while our kind neighbour, Mr Uwandu, in tears, begged and pleaded so they could attend to the victim.

“Policemen suddenly appeared from nowhere (clearly on the invitation of the LASUTH management) to drag Mr Uwandu away, while the victim/patient was left on the floor. At no time did the victim/patient fall in his hands as stated.

“Mr Gabriel Tunde Asoh was eventually taken to theatre for surgery 12 hours later. He died due to complications from his injuries.