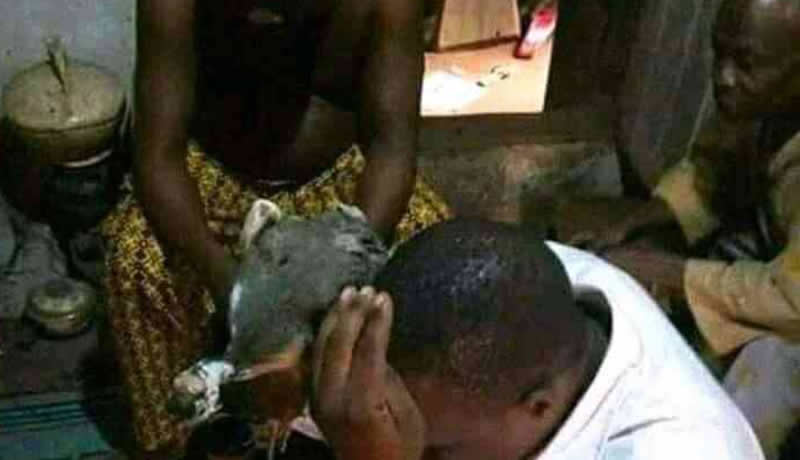 A young man known as Adio Nafiu has allegedly stolen his mother’s sewing machines and generator to pay a herbalist who wanted to help him with money ritual.

In his quest to help him get rich quick, the herbalist had demanded N20,000 from Adio who was arrested by the Ogun State Amotekun Corps in company of his friend, Tobi Ewuoso.

The said Adio was accompanied with Ewuoso to break into his mother’s shop.

The Ogun State Commander of Amotekun Corps, David Akinremi confirmed that the duo had in the past involved in armed robbery, cultism, burglary, and rituals.

According to Akinremi, the operatives of Amotekun in Abeokuta South Local Government nabbed the suspects last week Wednesday around 7:00 a.m., upon a tip-off.

Akinremi said the suspects had confessed that they were looking for a way to get rich quick, saying they had consulted a ritualist named Alfa Wasiu Ayinde, who demanded “N20,000 before he could give them charms to make them rich.”

Akinremi added that “the suspects were caught with a Senwei generator set, and two Lion sewing machines,” adding that they confessed during interrogation that they stole the items from one Mrs Busirat Nofiu, mother of Adio Nofiu.

He said they were apprehended on their way to sell same to would-be-buyers.