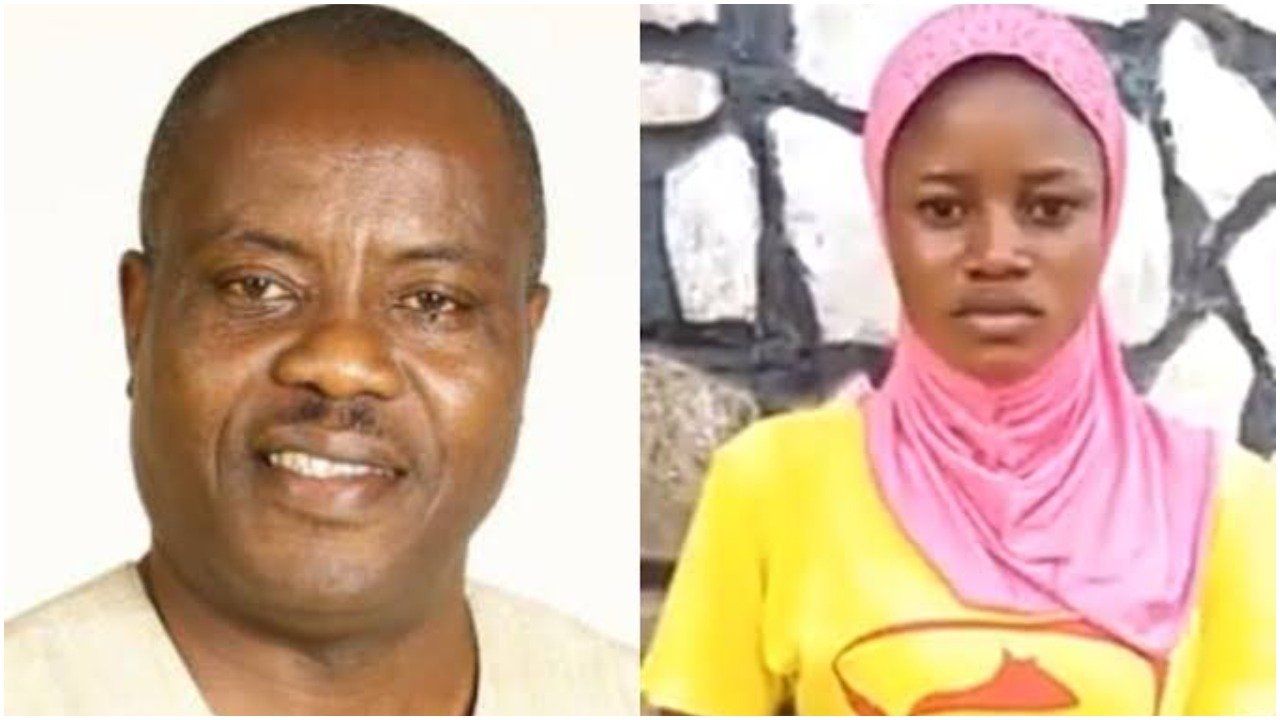 The police and the state government appear to have been ‘idle’ one year after a female secondary school student accused the former Ogun State Commissioner of Environment, Hon. Abiodun Abudu-Balogun, of sexual harassment.

WITHIN NIGERIA reports that Barakat Melojuekun, a 16-year-old girl, had on January 2, 2021, accused Abudu-Balogun of sexual harassment.

In a viral video, the teenager said she was taken by an uncle to the former commissioner’s house to work as a computer operator in Ita Otu, Ibiade area of Ogun Waterside Local Government.

According to Barakat, she was locked up in a room with the then appointee of Governor Dapo Abiodun, who offered to help with money to start a business.

She alleged that, “Hon Abudu-Balogun now moved closer to me and pressed my breast. I moved away from him. He said won’t I co-operate, and I replied by saying why will I co-operate. He now started pressing my breast, pressing my body and harassing me. Then, I was struggling to free myself from him to get freedom.

“He started reciting some incantations and wanted to place his hand on my head, I now moved away his hand and said nobody touches my head. He wanted to force me into his room, but I struggled with him and started shouting.”

Upon the allegation and the angry reactions, it generated, the Secretary to the Ogun State Government, Tokunbo Talabi, on January 3, 2021, announced the suspension of Abudu-Balogun, saying, “the suspension is a further demonstration of the commitment of Prince Dapo Abiodun Administration to fairness, equity, justice and the rule of law, no matter who is involved.”

This was in spite of Abudu-Balogun’s denial of the allegation, describing it as political blackmail.

Since then, the state police command had carried on with its investigations, even as Barakat and her father, Adesola Melojuekun, announced that they wanted to withdraw the case from the police.

The Police Public Relations Officer in the State, Abimbola Oyeyemi, revealed on January 13 that the erstwhile government functionary was grilled by the then Ogun Commissioner of Police, Edward Ajogun, himself.

Oyeyemi added that, “We (The police) have concluded our investigation and we have forwarded our report to the Director of Public Prosecution (DPP) to know the next step.

“According to the nature of the case, we will conclude our investigation and forward the report to the DPP. It is the DPP that will now advise us on what the accused will be charged for. We are waiting for the advice from the DPP.”

The command did not reveal the content of the report forwarded to the Department of Public Prosecutions.

A few weeks after his suspension, newsmen gathered that the politician was later asked to resign his appointment, which he reportedly did covertly, despite all entreaties to Gov Abiodun.

It was observed that since January 2021, neither the police nor the Ogun State Government gave an update on the case.

While the police did not state whether or not the DPP had replied its letter, the government did not speak on Abudu-Balogun’s resignation as it also refused to appoint another commissioner for the Ministry of Environment.

The silence of the security agency and the government has been fuelling speculations that the case must have been swept under the carpet.

The Ogun State police spokesman, Oyeyemi did not answer several calls to his phone between Monday and Wednesday.

Also, a message sent to him on Tuesday by our correspondent was neither acknowledged nor replied.

In the same vein, the Ogun State Commissioner for Information and Strategy, Waheed Odusile, neither picked calls to his phone nor did he respond to a message seeking information on why there has been no update on Abudu-Balogun’s matter.

Meanwhile, the new Attorney-General and Commissioner for Justice in the State, Oluwasina Ogungbade, has assured that the case has not been swept under the carpet.

Speaking with newsmen on Wednesday, Ogungbade said that he was not in office when the incident happened, saying, however, that Ogun is a state with zero tolerance for any form of harassment or molestation.

He words: “Firstly, we must realize that Ogun State is in the forefront in the fight against gender-based violence and exploitation of children. We have the Child Rights Act and we have the Gender-based Violence Law. This incident which you have referred to allegedly occurred in 2020 if I am correct. I do not dispute the fact that government is a continuum, but we must realise that I assumed office not too long ago and the year is just starting, this is the second working day in the year.

“But I can assure you, at least with my knowledge of the law and how these things are done, that the matter must have received and is receiving attention.

“I know, for example, that after the police have conducted their investigation, they normally send the case file as you have said to the DPP for advice. I also know that at the level of the DPP, the process is in various stages. I know there are multiple officers who go through a file and pass it on to the DPP. It is not the DPP himself that takes up a file. There are some junior officers, about two or three, that will go through a file, make recommendations before it finally gets to the DPP and finally before it gets to the office of the Attorney-General.

“The point I’m making is that this is a process that has been put in place to benefit everybody, the accused, the complainant and the society at large.

“I will just implore you to hold on a bit. I will get back about the situation of things as of today. You know I was not here physically when the incident happened, though the office was here. Just give me time to look at it personally, then we can talk further about it.

Asked to state the time it would require to get details of the case and the processes it has gone through, Ogungbade declined to give a timeline.