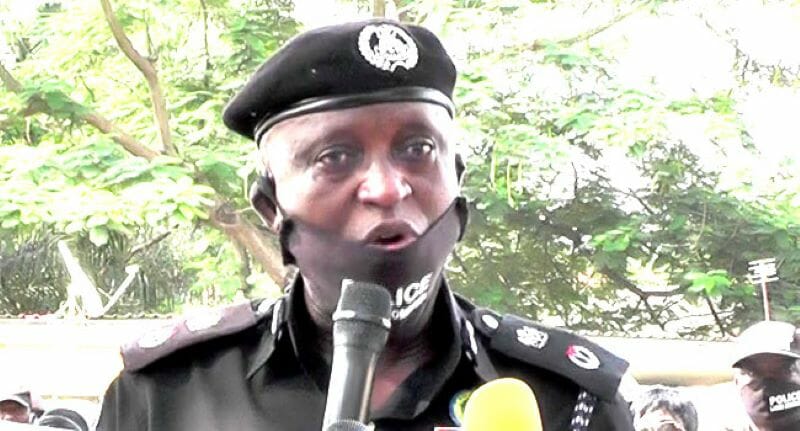 The Lagos state Commissioner of Police, Hakeem Odumosu, has warned members of the Ijaw Youth Council and other aggrieved Nigerians against protesting over the outcome of the investigation into the death of Dowen College student, Sylvester Oromoni.

WITHIN NIGERIA had reported that members of the IYC staged a protest in front of Dowen College, where they rejected the report by the Lagos State Director of Public Prosecution exonerating all five students and three housemasters arrested over the death of Sylvester.

The protesting youths vowed to occupy Dowen college if the school is opened without “justice being served” to the Oromoni family.

Reacting to the protesting, the state Commissioner of Police, Hakeem Odumosu, at a press conference on Friday, said the protesting youths and any other Nigerian dissatisfied with the outcome of the investigation should go to court to seek redress rather than resorting to self help.

He stressed that the police will not fold their arms and allow any act or omission that could threaten the peace being enjoyed in the state.

“In spite of the transparent investigation carried out by the police and the non-establishment of prima facie case against the suspects, some members of the Ijaw Youths Council, Lagos led by one Comrade Henry Oyobolo protested in front of Bowen College for over two hours yesterday 6th January, 2022.

“The protesters including masquerades carried placards and were drumming, thereby causing panic and apprehension. The protesters who conducted themselves in a manner capable of causing breach of peace also caused temporary traffic jam. But for the professional way the police managed the protest, it would have led to violence.

“Much as we commiserate with the bereaved family on the death of their lovely and promising child, it is advised that the protesters and other individuals or groups who are still aggrieved should go to law court to seek redress instead of taking the law into their own hands.

“Thus member of the public who may have any misgivings about the outcome of the police investigation, medical enquiry and legal advice with this case are advised to follow due process in law rather than resorting to self help. The police will not fold their arms and allow any act or omission that could threaten the peace being enjoyed in the state.” he said.