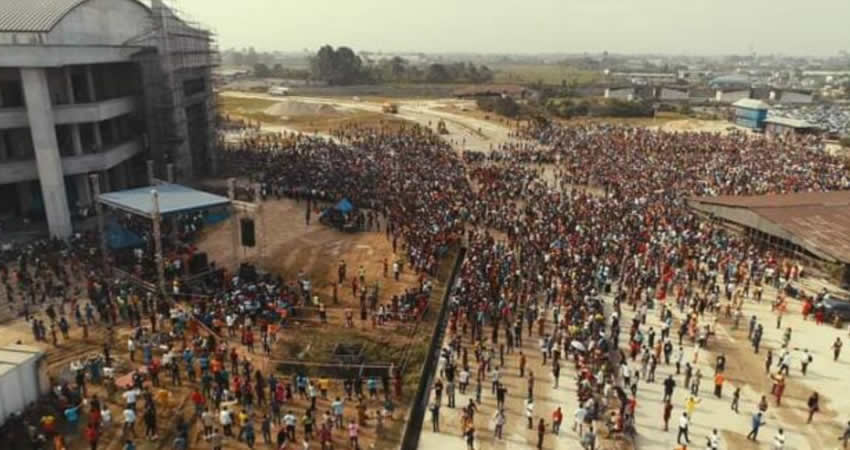 According to Ibiyeomie, the cathedral’s 120,000-seat capacity makes it the world’s largest church auditorium.

A service of praise was held on Sunday at the site, with Ibiyeomie exalting God.

“We can never thank God enough for what he has done, is doing and will continually do here at the Cathedral.

“By today’s praise, every door that is shut is opened right now! In Jesus Mighty Name!,” he said.

Called the Hand of God Cathedral, Ibiyeomi’s church has been listed as the biggest evangelical church auditorium by Wikipedia.

It is not classified among the orthodox churches, where St.Peter’s Basilica, Vatican City, with its 15160 square meters size, is ranked number one.

The Basilica can only accommodate 20,000 worshippers at the same time.

There are other big churches in Nigeria.

After Ibiyeomi’s church, Dunamis International Gospel Centre in Abuja is ranked second. Completed in 2018, it can accommodate 100,000 worshippers.

Champions Royal Assembly, also in Abuja is ranked third. It can take 80,000 worshippers.

There has been no verification of the sizes of these churches by Guinness Book of Records, for instance. 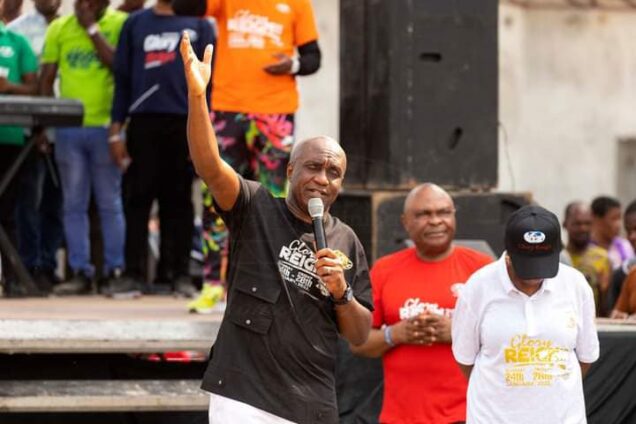 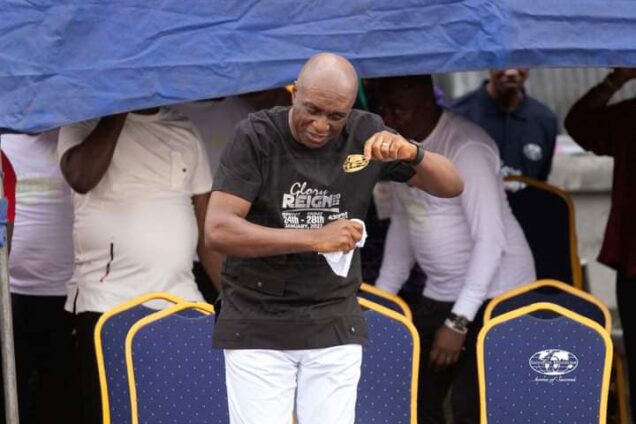 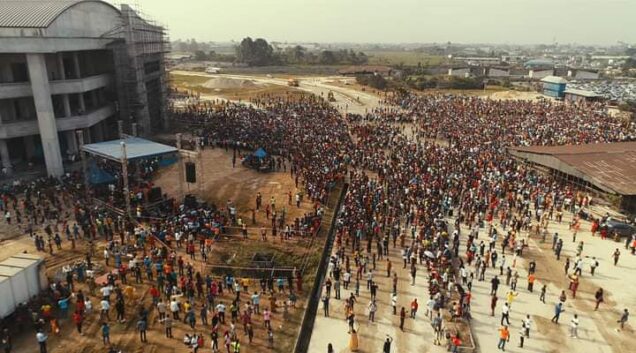 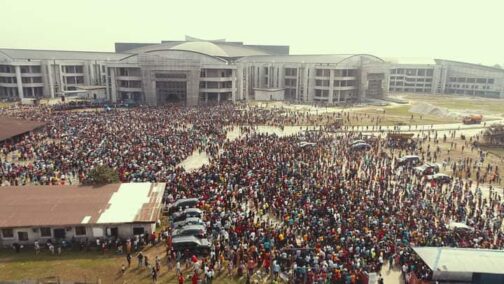