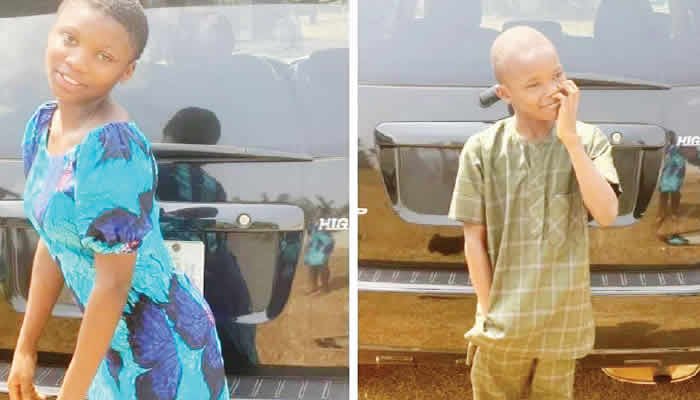 It was gathered that the accident happened opposite their mother’s hairdressing salon on Friday, January 7.

According to PUNCH, a neighbour, Olayinka Oremuyiwa, said Gbadamosi hit four children while they stood by the roadside.

“Two of them survived, but Olamide, the second born who would have clocked 15 in March, and Damilola, the last born, died,” she added.

Oremuyiwa disclosed that the children were rushed to the Babcock University Teaching Hospital, where they were confirmed dead.

She said, “When I got there, I saw a lot of people gathered. I saw their mother, Abosede, with Olamide. We tried stopping some cars to convey the girl to a hospital, but none stopped. I saw a vigilante and asked if he could help us carry her, but he declined. I had to support the mother and we took the girl to the hospital on a motorcycle.

“It was there that I learnt that Damilola, the younger one, had been taken to the hospital earlier.”

An eyewitness, Shola Emmanuel, said a mob action followed the incident before the police intervened.

He said, “Everyone was angry because this is not the first time this is happening in Ilisan. These young boys just drive around carelessly; they don’t care at all. People almost burnt the car.”

An uncle of the deceased, Yomi Opayemi, who spoke for the family, said the suspect had been charged to court.

He noted that the case was adjourned till January 27 for hearing.

Yomi said, “Moshood Gbadamosi appeared before a magistrate’s court in Ikenne Remo on Monday. The magistrate ordered his remand in custody. Let him face justice; that’s all we demand. Threats won’t stop our cry for justice.”

The state police spokesman, Abimbola Oyeyemi, yet to comment on the incident as of the time of filling this report.