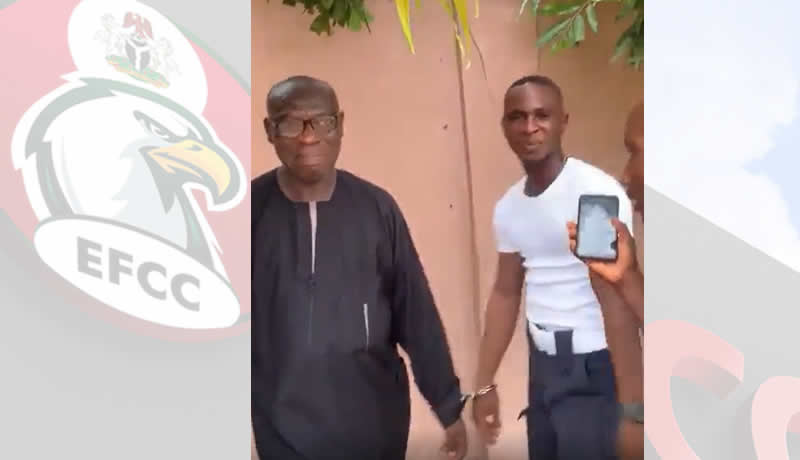 Operatives of the Delta State Police Command have arrested two persons for allegedly impersonating as officials of the Financial and Economic Crime Commission, EFCC, in Ughelli area of the state.

According to Vanguard, sources said the suspects were arrested Wednesday evening, while interrogating customers in a popular hotel in the metropolis.

Giving details of the circumstances that led to the arrest, a source alleged that; “The suspects drove into the hotel and went straight into the reception. After a while, they came out and started interrogating customers, demanding the particulars of their vehicles and what they do for a living.

“One of the customers who refused to disclose his identity drew the attention of some police officers who were around the hotel premises. When the security men interrogated them, one of them claimed to be an official of EFCC.

“The security men demanded his identity card and he said it was not with it. The other suspect said he was a transporter and that he was hired by the other suspect. At that point, they were both arrested by the policemen and taken to the police station.”

The State Police Public Relations Officer, Bright Edafe, who confirmed the arrests said: “Some suspects were arrested based on information that they were parading themselves as fake EFCC personnel. They denied the allegation; the investigation is on.”