Mrs. Millicent Amadigwa, the mother of the three girls who were allegedly killed and dumped in a deep freezer by their father, Ifeanyi Amadikwa, at their home on 74 Nkwubor Road, Emene, Enugu, has broken her silence.

WITHIN NIGERIA had reported how police arrested the 52-year-old suspect on January 4 after the children, Chidalum Amadikwa aged 11 (who is his step-daughter), Amarachi Amadikwa aged 8 and Ebubechukwu Amadikwa aged 4, were found dead in a deep freezer.

In an interview with PUNCH, Mrs. Amadigwa who sells tomato and pepper for a living, said her husband who has been unemployed for a few years, had in the past threatened to kill their children. She said she took his threat seriously and reported it to his aunt who asked her to disregard it as it was just ”a mere threat”.

While recounting how she found her dead children, she said on the 4th of January, her girls woke up in the morning while she was preparing to go to the market. She said she instructed them to wash their clothes after eating while she left the house with her son, Akachukwu, to the market where she sells.

The distraught mother said when she came back, she was surprised that none of her children ran out to welcome her the way they normally do whenever she returned home from the market. She stated that she asked her husband for their whereabouts and he was very nonchalant, asking her to go and look for them herself.

She said she went to a neighbor’s house to search for them but did not find them there. Mrs. Amadigwa said she returned home and was about to grab something to eat when her husband shouted, saying she should come and see the children in a deep freezer by the entrance of their house.

She said they rushed the children to the hospital where the doctor confirmed them dead.

Mrs. Amadigwa says she suspects only her husband as the person who killed their children

“No one again except my husband because he has threatened this children that he will kill them. He said me and him will appear in newspapers.”

She said he had been threatening her since last year without any valid reason.

“I reported the threat to their senior sister, Aunty Ann who lives in Owerri. She told me it is just ordinary and that he wouldn’t do anything.”

She said she also told her older brother who called him on phone and warned him not to harm anyone. According to her, her deceased children were always reluctant to collect anything from their father because of his hostile attitude towards them.

She said her husband worked in two different companies before traveling to Dubai. He returned two years ago and has remained unemployed, thereby, failing to provide for their family. She said on the day of the incident, her husband bought some chemicals which he said he wanted to pour in a well dug in their compound. She said she believes he used the chemicals to kill their children.

Mrs Amadigwa said her husband is still insisting that he did not kill the children.

The police say the matter is currently being investigated. 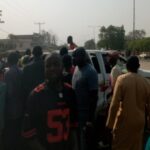 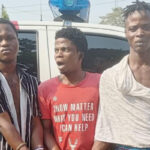 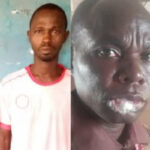