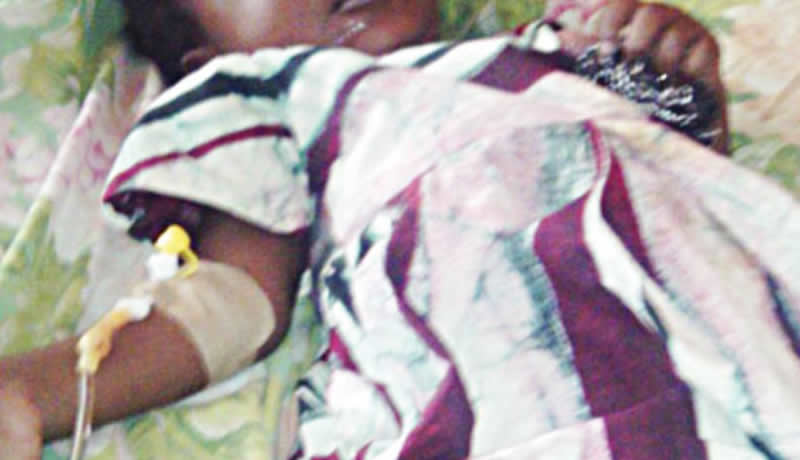 Ahmed Wakil, the Police Public Relations Officer for the Bauchi State Command, confirmed the occurrence in a statement made available to press on Saturday.

He stated that the event occurred on January 9, 2022, as a result of a report submitted by the victim’s mother.

Wakil said, “On 9th January, 2022, one Maryam Abdullahi (24) of Anguwar Doya, Kirfi L.G.A, Bauchi State, reported at Kirfi Divisional police Headquarters that on the same date at about 6.00pm, her husband, one Ali Lawan, asked her to bring him a mat to lay down their daughter, Hajara (not real name), aged 3, to sleep.

“Later, she came back to the room and met Hajara lying down unconscious, sweating and vomiting through her mouth and nose; and her private part was swollen.

“On receipt of the report, a team of detectives was drafted to the scene and rushed the victim to the General Hospital Kirfi for immediate medical attention. Doctors certified her to have been raped. The suspect was arrested and investigation is ongoing after which the suspect will be charged to court.”

He also said that detectives of the Command who acted on intelligence, on 13th January 2022 at about 2.30 pm, arrested one Ya’u Haruna, 25, of Lim village, Bununu, Tafawa Balewa L.G.A for being in possession of one locally fabricated revolver, with one live ammunition.

According to him, during investigation, the suspect confessed to have, on 29th December 2021 at about 3:00 am, criminally conspired with three of his gang members, now at large, armed with a gun, stormed the house of one Musa Adamu, 40, of Jambil, and kidnapped him to an unknown destination and demanded the sum of N8 million as ransom.

He said the suspect was arrested in the process of collecting the ransom adding that investigation is ongoing and the suspect will be charged to court afterward while efforts are being intensified to arrest his fleeing accomplices.

Wakil stated that some other suspects were also arrested in connection with cases of kidnapping in Ningi and Alkaleri LGAs of the state.