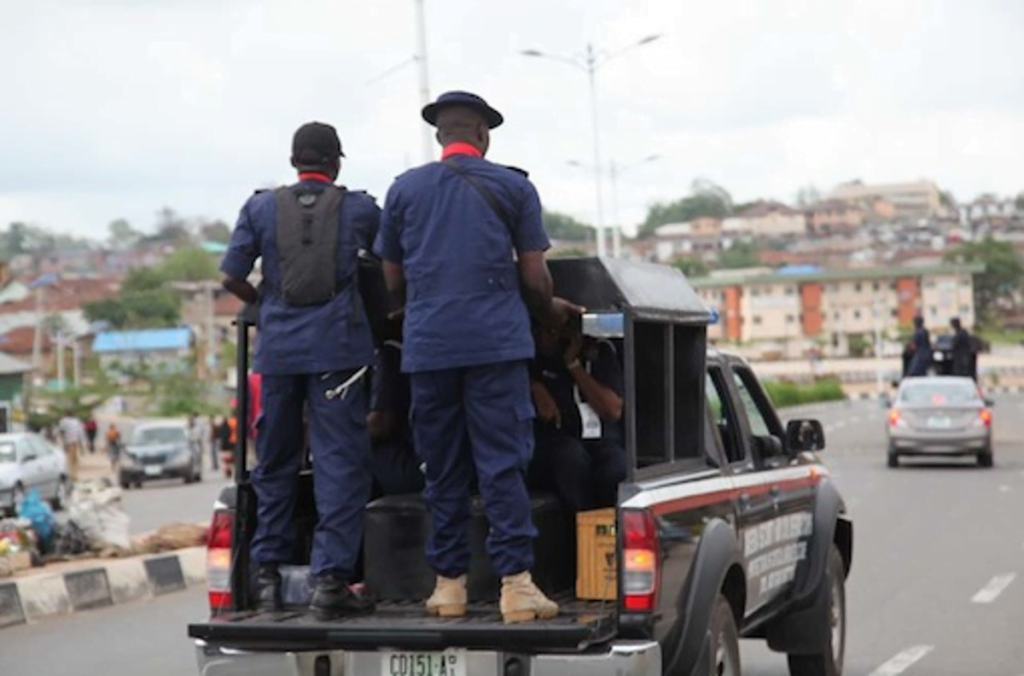 Commandant General of the Nigeria Security and Civil Defence Corps NSCDC, Dr Ahmed Abubakar Audi has disbanded the anti-vandal unit of the Rivers state Command following allegations of complicity in the operation of illegal refineries and oil bunkering in the state.

The Director Public Relations of the Corps, DCC Olusola Odumosu, who disclosed this in a statement issued on Saturday in Abuja, said the CG has received with shock and dismay, the allegations levelled against the anti-vandal unit of Rivers State Command of the Corps by Governor Wike, wherein the team was accused of aiding and abetting vandals and oil bunkerers to carry out their nefarious activities in the state.

WITHIN NIGERIA had reported that Wike lambasted security agencies for the role of their personnel in aiding and providing cover for the operators of illegal refineries in the state.

“Worried by this disappointing development, the CG has ordered the suspension of head of the anti-vandal team and the disbandment of the unit with immediate effect, pending the outcome of an independent enquiry set up to look into the weighty allegations levelled against the unit by the governor”, the statement added.

The NSCDC boss also disclosed that the extant rules and regulations guiding the Corps operations and the general ethics of the service requires complete display of total discipline, integrity, incorruptibility, transparency and accountability on the part of every personnel, hence, the reason for this immediate action.

He further directed the Acting DCG in charge of investigation and intelligence to summon all the personnel involved to the National Headquarters, Abuja for further investigation to determine the level of involvement and or culpability with a view to dispensing justice appropriately.

Audi emphasized that a thorough investigation would be conducted to ascertain the veracity of the allegations and roles played by the individuals involved and whoever is found guilty would face necessary disciplinary actions and punishment.

The NSCDC boss also assured the Rivers state governor of his determination to get to the root of the matter without delay, promising more synergy with the state government.

“The swift action taken by me is to close any identified gaps in our operations and service to the nation. I will not tolerate any act of indiscipline, compromise or sabotage under any guise.

“Our founding fathers have worked so hard to earn good name for the service as a noble organization and I will not allow a few bad eggs to spoil our name, image, our credibility and integrity. We will investigate those fingered in the allegations and deal decisively with them if found guilty to serve as a deterrent to others” the CG said.

Audi emphasized that as the lead agency in the protection of critical national assets and infrastructure, the Corps management would beam more searchlight into that area by reorganizing and reconstituting the anti vandal unit with a view to making it more responsive, transparent and accountable to Nigerians.

“Our moral principles are not negotiable; we are going to rejig the unit and fish out those spoiling the name of the Corps. My fight against vandals, oil bunkerers and those stealing our collective wealth and sabotaging our economy is unflinching and we will redouble our efforts to whittle down this act of sabotage and bring to justice anyone not in tune with our vision and mission for the service” he declared.